My new article on Linkedin “Equality, Equity, and Identity Politics” 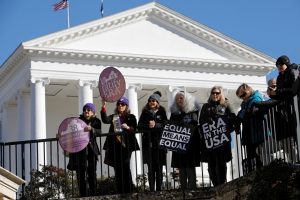 Identity politics is everywhere in both the US and Israel. Identity politics values people according to their ethnic or religious groups. Worse yet, a person who sympathizes with identity politics dedicates all of one’s attention to righting the wrongs purportedly inflicted on one’s own identity group: black, white, LGBTQ, Muslim, Jewish, Asian, male, female, and countless other groups that one can belong to. Identity politics professes to demand justice when in fact, it breeds hatred that can lead to civil war.

Any identity politics, whether presented as such or as part of Critical Race Theory or Intersectionality, induces fragmentation of society and weakens it because it focuses on what separates people rather than on what connects them. Unity is the only way a country can survive. Therefore, even when we cannot find anything that connects us, we should strive to create that connection above our separation. We should know that anyone who portrays identity, race, or any faction as more important than unity is striving for division and will not contribute anything positive to the country or even to the faction he or she purports to represent.

Many American Jews, for example, passionately support Critical Race Theory. If they haven’t already, they will soon discover that their ideology has turned against them. It will not help them to claim that they support oppressed minorities. The fact that they are considered white and privileged, and even more so, the fact that they are Jews, will haunt them and they will not be able to escape retribution.

If Jews want to avoid another episode of persecution, they must shift their focus from defining one’s social status by race, to defining it by care. The more one cares about people, whoever they are, the more one should be valued. We need a care-based society rather than a race-based society, and not just in the US or in Israel, but around the world.

Equity has become a buzzword among many advocates of identity politics. But equity is a poor surrogate for the real thing: genuine care and mutual responsibility. When you have these, you don’t need equity because you naturally treat everyone kindly. The fact that we are trying to promote equity shows our absolute failure in nurturing a caring society.

We needn’t settle for it. If we try to enforce equity, we will only increase division and hate, but there will be no equity or justice. However, if we nurture care and concern, we will have equity, equality, and no concern at all for one’s identity.
[288750]

Rediscover The Property Of Love

“This Horror Show Shows Who We Are” (Linkedin)
Podcast Powered by podPress (v8.8)