“Why The Creator Hides The Truth” (Linkedin)

My new article on Linkedin “Why the Creator Hides the Truth” 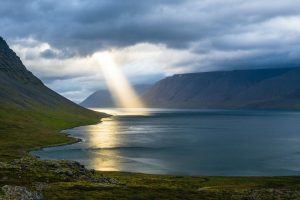 But to give, you need a receiver. Therefore, the quality of giving created an absolute receiver, the created being, which wants to receive everything, and therefore wants to be like the Creator, namely a giver. If there seems to be a catch here, you’re right, there is: We want to receive so much, that in the end, it makes us want to be givers.

When we look at our world, we don’t see that the quality of giving is governing the world, and we don’t see that the created beings, namely us, are absolute receivers, that we cannot do anything unless it is ultimately for our own benefit. There’s a good reason for this: If we saw who we are, that egoism is destroying everything in our world, we would immediately want to become givers, too. It would be the obvious and, in fact, only conclusion to be drawn.

However, in doing so, we would not be choosing to be givers, we would be impelled to do so by seeing the damage from our egoism. We would have no free choice, and we would actually be giving for our own sake, again. In the end, we would be devoid of free choice, and unable to acquire the true quality of giving. This is why the Creator, the quality of giving, hides from us the truth about our nature and its oppositeness from the nature of the Creator of the world. It does this for our own good: to give us free choice.

Yet, if we develop kindness, by building a society that commends unity and togetherness, we will gradually learn about our nature and the nature of the Creator. This will enable us to compare and make a free choice to be givers rather than receivers. The more we work on it, the more we will improve our society and therefore our lives.

Currently, we see that the world is deteriorating into anarchy. We cannot see why since the truth is hidden from us, but this is happening because of our egoism, which spoils everything we try to build. Because of this concealment, we see the problems that the ego is causing as separate incidents, since we cannot see the common cause beneath them.

The wisdom of Kabbalah teaches about this common cause, and the common solution of becoming givers. In order not to deny us our free choice, Kabbalah books were hidden for centuries. Even after they were revealed, they were found in odd and uncanny ways. For example, The Book of Zohar, the seminal book of Kabbalah, was discovered when a man bought fish in the market and discovered that the pieces of papyrus paper that wrapped them contained an unknown text. Another example is the ARI, the great 16th century kabbalist, whose teaching is the basis for contemporary Kabbalah. He did not write a word, but rather his disciple, Chaim Vital, and his writings were divided among several of his heirs after his demise. Later, these writings were dug out of the graves of the heirs and were compiled into books, which were naturally quite disorganized.

Today, problems are piling up around the world at such a rate that will soon make us look for a common cause. But today, our egoism is so potent that it is no longer needed to hide the truth. Therefore, the sooner we start working on becoming givers, the sooner we will change ourselves and the world around us, and reverse the world’s slide toward utter chaos.
[285147]