“What Really Can Solve Our Problems” (Linkedin)

My new article on Linkedin “What Really Can Solve Our Problems” 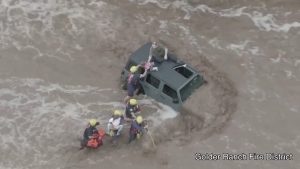 Siberian forests, of all places, are being consumed by fire; Germany, Belgium, the UK, and several other European countries, are drowning in floods in midsummer; British Columbia and Northwestern United States are still reeling from what is called a “heat dome” that covered them just over a week ago and sent temperatures past 120°F (49°C), melted roads, and claimed hundreds of lives. These, along with countless other “routine” problems that seem to pile up higher with each day, exacerbate the sense that the world is going out of control. Before we solve one problem, two new ones appear, and always at record breaking severity. Is there really nothing we can do?

In fact, there is a lot we can do, but it takes great commitment from all of us. There are two levels to deal with the crises: the particular level and the overall level. The particular level means dealing with crises one at a time. Here, the main thing we need to develop is cooperation. For now, each country is dealing with its crises on its own. In a globally connected world, this is a pathetic approach. If the pandemic has taught us anything, it is that an infection anywhere is an infection everywhere. But since each country (with a few rare exceptions) worries only about vaccinating its own people, countries that cannot deal with the issue effectively become hotbeds for new strains, which then spread into already vaccinated countries, rendering the vaccines far less effective.

The overall level derives from the particular level. In order to cooperate, we need to have some sense of solidarity, or at least a realization that we are dependent on each other. Indeed, we are dependent on each other for even the most basic things, such as food and water, clothing, health care, housing, and education. Our economies are completely intertwined, but somehow we want to destroy each other as if our own country will not be destroyed as a result, as well.

When a common danger threatens them, such as a flood or a forest fire, animals stop hunting one another. Humans, the apex of creation, are somehow devoid of this common sense. Instead of fleeing together, we try to exploit even the common tribulation to hurt others. We don’t even care that in doing so, we are cutting the branch we are sitting on, as long as we are the last to fall.

This sort of egoism is our core problem. To solve it, we must unite against it. Not against each other, but against ourselves, against our own egoistic nature. If we all commit to creating a positive social environment, everything will change.

Since we will stop exploiting one another, we will have no need to deplete Earth’s resources, and the negative trend of climate change will turn around. As the crises calm, we will be able to direct more resources toward helping the less fortunate among us, and all of humanity will benefit from the new attitude.

This is not a task for governments. Governors are those who excel in the traits that society values. In an egoistic society, therefore, the governors are the most egoistic people. As a result, they cannot lead a transition toward a non-egoistic mindset. It would be foolish to expect them to. This is why this task is on all of us. We must support each other in cultivating mutual responsibility and caring. If we are bold enough to do this, we will transform our world beyond our wildest dreams. If we do not, then as one newspaper title I read said, “The hottest summer you have ever experienced is the coolest summer of the rest of your life,” if not far worse than that.
[285141]

“How Would The World Be Different If Africans Were Never Brought To The Americas At All, As Slaves Or Otherwise?” (Quora)

“Tisha B’Av And The Building Of The Third Temple” (Linkedin)
Podcast Powered by podPress (v8.8)