“What On Earth Are We Doing To Earth?” (Linkedin)

My new article on Linkedin “What on Earth Are We Doing to Earth?” 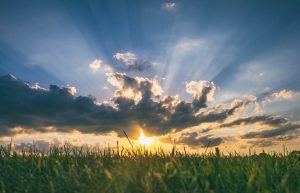 This week, the world marked Earth Day 2021. The theme was “Restore Our Earth.” Indeed, Earth has suffered the punishments that humanity has inflicted on it for far too long. Regrettably, we cannot restore it, not right now, and not in our current state.

You restore what is broken, and seeking to restore Earth means that we acknowledge that Earth is broken. But Earth didn’t break of its own accord. We broke it! We, with our broken attitude to Earth and to each other, have done all the damage that we are now purportedly trying to fix. How can we restore something if the thing that broke it is still breaking it, and even faster and more intensely than before? Unless we fix ourselves first, any statements about restoring Earth are hot air, at best, if not a deliberate deception. This is why for years, our organization stated the motto: “To change the world, change man.”

Unless we fix ourselves first, any statements about restoring Earth are hot air, at best, if not a deliberate deception. This is why for years, our organization stated the motto: “To change the world, change man.”

A recent study by an Oxford University research center, Our World in Data, has found that since humans have become the dominant species on the planet, “wild mammals have declined by 85%.” We have not been less egregious toward the soil, toward the air, or toward the water and Earth’s flora than toward animals. In fact, we are so injurious to life that wildlife around the Chernobyl nuclear power plant, which exploded in 1986 and created a radioactive no-go zone for humans, has thrived like never before despite the radiation. Researchers who studied wildlife in the no-go zone were so impressed with the increase in wildlife population and the robust health of the animals that they concluded that humans are more deleterious to nature than radioactive pollution.

Therefore, we will not be able to restore Earth until we transform ourselves from the self-centered beings that we are into caring and connected individuals, who live in harmony and peace with each other and with nature. We must self-educate ourselves away from narcissism and toward an approach that rejoices in connection, bonding, mutual responsibility, and balance. Reality is an integrated mesh of contradicting elements, and only humans try to be the sole rulers of the universe.

While the rest of reality celebrates sharing, we despise it. Not all of us, but as a whole, as a species. We exploit and deplete not only Earth, but first and foremost one another. Therefore, with one another is where we have to start. Only when we learn to treat each other with consideration, when we understand that the well-being of others affects our own well-being, even if we don’t feel it tangibly, we will learn to rejoice in the well-being and prosperity of others. When we achieve this, we will find that we are finally happy, and that everything prospers, including our poor and tormented home, Planet Earth.

“How Do We Improve Spiritual Health?” (Quora)

Desires That Do Not Strive For Correction
Podcast Powered by podPress (v8.8)