My new article on Linkedin “Pure Passion for Power” 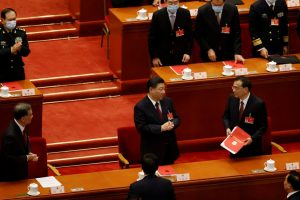 A few weeks ago, a startling headline on the Daily Mail announced, “The British schools selling out to Beijing: Not only are private institutions being bought by Chinese firms but some are giving communist-approved lessons that are a threat to free speech.” The story stated that “Hundreds of independent schools left in dire financial straits by the coronavirus pandemic are being targeted by Chinese investors,” and “Experts anticipate a ‘feeding frenzy’ as firms, including some run by high-ranking members of the ruling Chinese Communist Party, seek to expand their influence over Britain’s education system.” To date, “Seventeen schools are already owned by Chinese companies,” nine of which “are owned by firms whose founders or bosses are among China’s most senior Communist Party members.”

Suspicion and enmity the world over are intensifying to the point that we are approaching another world war. No one can win this war since we are all dependent on each other, but unless we understand it, we will go to war anyway and everyone will lose, terribly.

This revelation should not surprise us. The Chinese are not even shy about their intentions. According to the story, “One firm admitted its acquisition of British schools is aimed [at] supporting China’s controversial Belt And Road strategy, which aims to expand Beijing’s global influence.”

In fact, I think there is much more to it than that. The Chinese agenda is very simple: Conquer the world without destroying it. Because they’re not European, or even American, they have to take some detours, such as going through the education system, but this will not stop them. The Chinese want one and only thing: Chinese hegemony. There is no ideology behind it, not socialism, not communism, and not capitalism. You don’t need to give up anything in order to give them dominance, which is why their ambition is so elusive. They don’t power in order to promote some idea, but power for the sake of power. Once they buy something, they know it’s theirs, and that’s the end of it; they’re happy that it’s theirs.

What does this mean for us? It’s a display of the ego, very simple. For centuries, the Chinese ego had been latent, and now it is bursting out.

In all honesty, if I can get what I need, the service or the product that I want, I don’t care who owns it. This is why I don’t see any real issue here, as some are trying to make of this stealth invasion. If they buy a company but it continues to work as before, then what difference does it really make? Ownership is not something that troubles me.

I think that the more important point is that we need to know that if we want to use something correctly, we can do it only through mutual connection and mutual dependence. The owner’s name makes no difference. We should shift our attention from power struggles to a struggle for connection, for bonding among all of humanity.

Suspicion and enmity the world over are intensifying to the point that we are approaching another world war. No one can win this war since we are all dependent on each other, but unless we understand it, we will go to war anyway and everyone will lose, terribly.

Therefore, if we want security, we should shift our focus from a passion for power to a passion for connection. And the more people join the movement, the faster it will spread.

“Can Singing Benefit Your Health?” (Quora)