“Most Everyone Is Religious” (Linkedin)

My new article on Linkedin “Most Everyone Is Religious” 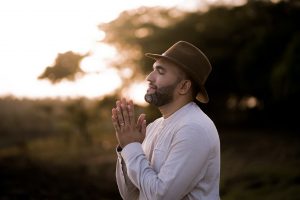 When we think of religion, we usually think of prayers, ceremonious garments, perhaps fragrant incense or candles burning in designated dents along the walls, and people’s lips moving silently as they speak to their God. They ask for what they need; they pray for themselves, for their loved ones, and they believe, or hope, that God will grant their wishes. They’ve never seen God, never spoke to God the way we speak to one another, but their faith is steadfast nonetheless. Indeed, their faith is all they have. Religious people exchange proof for faith, seeing for believing; they act on faith as though it were the proven fact.

Where matters are vital for our lives, we mustn’t follow blindly, but experiment, try for ourselves, and see what is true and what is not.

However, if you think about it, people who believe that a political view, a social doctrine, or a scientific theory will yield certain results for them, and change their lives accordingly, such people act the same as believers of any traditional religion. So, essentially, since we all believe in something, be it a deity, a political party, or a scientific theory, we are all religious. Who, then, is not religious? Only those who do not say “Amen” to anything, but check it for themselves. Indeed, they are a rarity.

Clearly, sometimes we have no choice but to accept what is given to us. Not all of us, for example, can hop on a spaceship and fly to outer space just to see for ourselves that the Earth is round. But such notions, however interesting, do not change our lives. Where matters are vital for our lives, we mustn’t follow blindly, but experiment, try for ourselves, and see what is true and what is not.

When Kabbalists, from whom I learned everything I know, write that the Creator is benevolent, they do not expect you to believe it. They tell you how they conducted their experiments, how they reached the conclusions they had reached, and it is up to you to try it for yourself. Until you repeat their experiment and reach your own conclusion, you will not be regarded as a Kabbalist. You might be regarded as a Kabbalah student, but not a Kabbalist. If you choose to act on blind faith, you will never become a Kabbalist and you’ll remain religious. If you choose to question everything they tell you and perform the experiments on yourself, then you just might attain what they have attained, and you’ll be worthy of the title “Kabbalist.”