“Will WW3 Start Because The Tensions Of Israel And Iran?” (Quora)

Michael Laitman, On Quora: “Will WW3 start because the tensions of Israel and Iran?“

Iran often discusses its aims to destroy Israel, while at the same time, it is paying a heavy price for its aspiration to build nuclear weapons. In fact, Israel does not disturb Iran, but helps Iran stand out. Iranians seem willing to sacrifice themselves in order to be seen as important and intimidating in this setup. 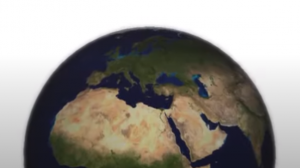 The Iranians are seemingly ready to die in order to gain respect, but what is it worth? When we die, we have no feeling or memory of any respect we received here. Therefore, the game is important for keeping them in the spotlight.

Israel should do nothing but hold a correct intention toward the situation, using it to come closer to the upper force, realizing the laws of nature among the relations of the people of Israel, with the most important one being, “Love your friend as yourself.”

On the physical level, Israel is correctly countering the looming threat from Iran for the time being. The problem is that Israelis are divided, which distances them from the upper force. At the end of the day, only the upper force can provide true protection.

This has nothing to do with religion. We have to understand that “Love your friend as yourself” is a law, a commandment, and it determines human relations. Moreover, implementing this law is the positive example that the people of Israel have to show the world.

If the people of Israel fulfill the commandment of “Love your friend as yourself,” then even the Iranians will start to love Israel, and this will become their source of respect: to connect to Israel, the nation that brings the method of correction to the world, i.e., the way to reach “Love your friend as yourself.” It was the revelation of this method that gave the people of Israel their name in Abraham’s times (“Israel” from “Yashar Kel” [“straight to the upper force”]).

The problem standing in Israel’s way to become a positive example for the world is simply hatred between Israelis. Therefore, a more unified and positive future or its opposite depends on whether or not the people of Israel come together, above their hatred, and show a positive unifying example to humanity.

The Infinite Power Of Prayer