“We Can Soften The Onslaught” (Medium)

Medium published my new article “We Can Soften the Onslaught” 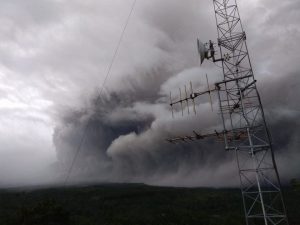 Dr. Martin Luther King Jr. said, “Nothing in all the world is more dangerous than sincere ignorance and conscientious stupidity.” 2020, which Time magazine dubbed the “worst year ever,” has barely ended but it already seems like 2021 will “outperform” its former as far as misfortunes go. It seems as though nature has launched an all-out onslaught on humanity and will not let up until it kills us all or we surrender. But as is always the case with science and humanity, when we don’t understand the cause and effect relation, we call it a miracle or a coincidence. This is nonsense. If you drive against traffic, you will get hit. The accident will not be a coincidence; it will be a direct result of your stupidity, as MLK has pointed out.

Nature has a very clear direction, a very clear traffic flow that has existed since the dawn of time: Everything moves toward connection. The more evolved a creature is, the more complexity it demonstrates. This manifests on all levels of nature, from the subatomic level through the human body, to the Earth’s ecosystem, and onto the entire universe. Everything is interconnected and functions perfectly within the system. In turn, the system protects it and supports its continuous development.

Our ignorance of nature’s stream and our stupidity in insisting not to learn about it have inflicted on us all the blows we have suffered so far, and will inflict on us the blows that we are destined to suffer down the line. It is a terrible shame since it really needn’t be this way. All we need is to recognize that we, too, must evolve toward connection rather than division and separation. This is all it takes to align us with nature’s flow of evolution. It will make the blows we are suffering now for going the opposite direction become a tailwind that will push us forward to new heights and unimaginable achievements.

Nature’s apparent “onslaught” is really our own doing. We can soften it and even reverse it into nurturing if we only open our eyes, discard our ignorance, abandon division, and embrace the connection that is nature’s most inherent quality.
[277188]