From Chile to Lebanon: The world is protesting—but the responsibility is on Israel

In the cedar country, the wave of violent protests has not stopped. Reforms intended to end violence may have been approved, but millions of Lebanese are not calm. Within them, the bubbling demand to replace the government and eradicate corruption continues.

The protests in Lebanon are the latest in a series of insurgencies around the world—from Hong Kong to Quito in Ecuador, from Barcelona to Santiago in Chile—all share a common ground: despair from the government and the desire to make ends meet with a shred of dignity.

This is reminiscent of the “Arab Spring” demonstrations in 2011, at the end of which some Arab regimes crumbled. That rage did not subside, it just got worse. And today, a single match is all it takes to detonate a barrel of explosives; to drive millions of people to the streets.

If we had a bird’s eye view of the situation, we would find good in all the evil that unfolds. Humanity is gradually discovering a better attitude towards life. Understanding that there is no real benefit in excessive consumption, that with all the technology and abundance that exists, we lack an inner, deeper meaning in life. At times, the essential questions arise, but no one has any clear answers. After regimes change and the anger seems to subside, the questions fade and life returns to its imaginary course.

From one protest to the next, we are gradually recognizing that without changing human nature, which favors self-interest at the account of others, no protest will bear fruit. If we don’t start rebuilding human relations from the ground up, if we do not connect to each other positively, the result will not be good and this will be felt at every level—familial, social and political.

So who can bring about such a significant change? Who holds the method for unifying human beings above all differences? The Jews. Why? Because hold the key to the authentic wisdom of Kabbalah – the ancient method of human connection. A method that was handed down from one generation to the next, and now it’s time to shake off the dust and start realizing it.

Maybe the connection to the Jews sounds far-fetched at the moment. But in six months or os, try asking the Lebanese who is to blame for their situation? They will point to us, their Jewish neighbors. And not only them, but even the citizens who take to the streets in Chile, Barcelona and Iraq. And it doesn’t matter at all that there is no direct link between political instability and dissatisfaction with the governments, and blaming the Jews.

The truth is – they are right. The link is invisible, but it’s there. There is an inherent relationship between Israel and the world’s nations. As written by the early Kabbalists: “No calamity comes to the world, but for Israel”, or as it is written in the Book of Zohar‘s commentary that when the Jews fail to carry out their role, “they cause of poverty and sword and robbery and killing and extermination throughout the world.”

Simply put: All the evil that happens in humanity originates in the role of the Jewish people. The only question is what degree of suffering a person or an entire nation feels. If the pain is still tolerable, they find ways to solve the problem or live with it. But if the suffering increases, it takes the form of violent protests. And when the suffering becomes too great, a burning feeling of hatred starts brewing. At first it’s irrelevant to the Jews; but as it increases, it becomes sharp, focused, and toxic – against the Jews.

In the eyes of the world’s nations, Jews are seen as the world’s greatest corruptors, robbers, and scammers. And only by destroying the Jews – they think – they make life peaceful. However, as the Kabbalists wrote, all of humanity is a single network, and all parts of it are interdependent.

Therefore, if the Jews begin to activate the method of human connection among themselves at first, they will serve as a conduit through which the positive and unifying influence will flow through the entire network, to the whole world, and they will be “a light unto nations.” 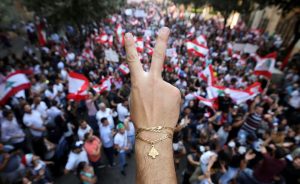 Bestowal Isn’t What You Think It Is