Can We Overcome Jewish Resistance To Uniting?

I met with Joshua Goldstein, Chairman of the US Division of Herut North America, to discuss the origins of anti-Semitism and the essence of being Jewish.

The wisdom of Kabbalah states that Jews have a specific role—to reestablish and reveal to all humanity the method of building positive connections between people above the constantly growing human ego, and by this reveal the upper force of love and bestowal.

Why should we believe it? Is there any practical proof that this is what Jews are obliged to do? What if they don’t want to do it?

The laws of nature don’t ask anyone to agree with them. They just exist and function. The states laid out in nature unfold, and according to natural development, today we face a deep and comprehensive crisis of human relations caused by the tremendous growth of the human ego. If it keeps going this way, we’ll destroy ourselves.

Therefore, the only way to deal with the current situation is to implement the method of connection revealed by Abraham to the group of people collected out of 70 nations living in ancient Babylon 3,800 years ago: the Jews. This means that the Jewish people have a specific place in the structure of nature giving them an explicit duty, and if they refuse or fail to perform their role, the whole world will react with extreme pressure and forceful demand for Jews to bring the system to balance.

Therefore, indeed, the role of the Jewish people is that they have to develop a sense of a single unity and drive the whole world toward connection. 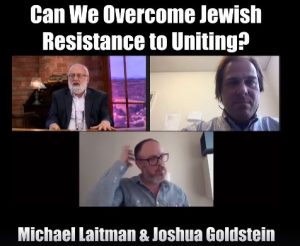 Why Does It Seem Like Everyone In The World Is Protesting Right Now? (Quora)