“Israel At A Crossroads: Time For A Government For Everyone” (Newsmax)

My article in Newsmax: “Israel at a Crossroads: Time for a Government for Everyone” 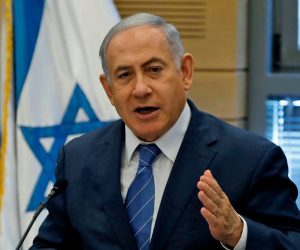 If other people’s failures can make us feel a bit better in our loss, Israel is not alone in the world in its political limbo after the second elections this year again left no clear winner.

Similarly, Spain is headed for its fourth election in four years in the wake of inconclusive results from last April’s polls; and in the UK, the Supreme Court ruled that Prime Minister Boris Johnson’s decision to suspend Parliament — an apparent move to avoid opposition to Brexit — was unlawful, causing political turmoil.

It seems humanity has advanced technologically but has regressed in terms of stability and certainty about the future. The good news is that reaching a solution does not require rocket science. The leaders just need to take the example of a family and govern accordingly.

Family life is based on interdependence and built on mutual concessions. If it weren’t, then any crisis could easily lead to divorce.

A delicate balance is kept where, on one hand, the couple endeavors to stay close and appreciate the comfort and security that the closeness provides, while on the other hand, they maintain healthy individuality and room for personal growth. Successful couples move in a sort of mutual dance where each partner refrains from seeing the negative aspects of the other and covers disagreements with love.

From Independence to Interdependence

In Israel, the leaders who aspire to run the country feel no interdependence. They appear to be complete separated, bearing no resemblance to a warm family. Each pursues his own justice, barricades himself in his position, and thinks of his own self-interest.

Unlike family management, where negotiations are relatively easy and the damages are small in scale, at the state level, slight movements can quickly result in complicated political squabbles that risk deterioration into social crises or re-elections. Therefore, any party that barricades itself within its own position deserves no governance until it can muster the strength to relent a little in its position and pride.

It is abundantly clear to everyone that the success of the State of Israel will depend on its ability to form a national-unity government. This government should be like a family incorporating countless opposing views and political rivalries, yet working together, mutually compromising for the benefit of the people. It can only work this way because no unity can exist except above diverse opinions. The sages expressed it as follows: “Just as their faces are different, so are their opinions,” in other words, just like the differences that exist between members of a family.

The political approaches of the two major parties, Likud and Blue-White, are similar in character. Therefore, the current prize to be won for Israel can be taken by compromise and nothing else. Even if there is a significant conflict in the future between the two leaders, Netanyahu and Gantz — disagreements over the peace process that could deteriorate into real struggles, for instance — the national-unity government’s magic will work.

Unity Out of Diversity

Unity accepts and contains the other, agrees to work with the different, and gives room to everyone.

Unity balances the various worldviews and draws a continuous line between diverse perspectives in order to weave a single, complete vision. Unity produces a reflective and rich discourse from a smorgasbord of opinions.

Israel’s divided people are thirsty for solidarity and cross-sectional social cohesion, wishing beyond hope that our chosen leaders would set an example and sit together at a round table, just like in a classic family. We long for leadership strong enough to demonstrate mutual trust, one that can give up on ego and pride for the people’s benefit.

Good for All, Good for Me

Leadership that works toward such unity would inspire people with a positive spirit of becoming an example of willingness to yield self-benefit for the collective good.

Why would someone be willing to give up their own particular position for everyone’s benefit?

Such visionary leadership is possible when one comes to realize that each of us is an integral part of a collective whole, so when everyone benefits, I am also a recipient of that goodness.

This has been the hallmark governing resilience the people of Israel since time immemorial: a powerful government made up of leaders with differing views who are strong enough to transcend their private egos for our common property: the people of Israel. With such leadership, the people too will come out stronger and more united, able to rise above the prevailing divisions in society. This is the beginning of the road to heralding Israel’s unity as an example for the world.

Enter The Sensation Of The Common Soul