North Carolina’s Governor Cooper says residents should plan to be without power for days, as Hurricane Florence is expected to make landfall early Friday and bring life-threatening storm surge and rainfall to the Carolinas.

While electrical power may be unavailable, we have a greater power at hand that we should learn how to harness.

As I have been saying for many years, we live in a single, integrated system. It’s hard for us to recognize that all layers of nature are interconnected and interdependent. From earth’s plants and minerals to human thought and behavior, and everything in between.

Within the natural system, humans make for a highly qualitative element, and the way we relate to each other has impact on all the other layers of nature. It is an indirect, and intricate influence. But just as it’s hard for us to identify, so it is vital for nature’s balance.

We don’t fully understand how and why earth’s tectonic plates are shifting after millions of years, earth’s mantle incorporates volatile compounds from the atmosphere, and radiation is coming from the belly of the planet.

But if we saw the inner workings of nature’s system, we would see how much of it relies on human relations. We would see that nature’s law of balance and homeostasis must be kept on the human level as well.

The planet is awakening and working to bring us into balance with each other and with the rest of nature.

Read more in “Why Nature Will Always Win” >> 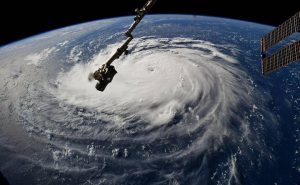 In The Field Of The Creator