“The Omen of Financial Hardships” (Linkedin)

My new article on Linkedin “The Omen of Financial Hardships” 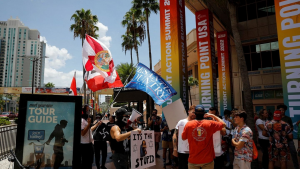 The recent study by Gallup and West Health, which found that rising healthcare costs have forced nearly 100 million Americans “to delay or skip healthcare treatments, trim regular household expenses or borrow money,” could bode ill for Jews. Since the turn of the century, antisemitism has been on the rise around the world, including in the US, and antisemites are becoming more brazen and more aggressive. The problem is that for many years, American Jewry believed that antisemitism cannot happen in America. As a result, they often fail to recognize the warning signs, even when they flare up before them. Now that financial hardships have come to a level where Americans are forgoing necessities, it is an omen they should not ignore.

The majority of today’s American Jewry grew up in a relatively antisemitism free society. Jew-hatred was a taboo, and even if you felt it, you were forbidden to express it. Overt antisemitism is still not mainstream in America, so it is often portrayed as anti-Israel feelings, but the veil is very thin and can easily show its true face.

Before World War II, and even during the war, antisemitism was a recognized fact. There were antisemitic radio shows, clubs where Jews were not allowed, and other open expressions of the oldest hatred. The fact that it became illegal and morally reprehensible to show that you hated Jews did not make it disappear. It only tucked it away in wait for a more favorable time to rear its ugly head again. Now is a more favorable time, and it is rearing its head.

At such a time, Jews should lower their profile and forgo complacency. The current situation where Jews are occupying key positions that are often the target of political confrontation is not good for them. The losing side will readily blame them for its defeat. Even if it does not express it, it will feel it and, given the right opportunity, it will express it.

What is true for American Jews is also true for Jews around the world. Antisemitism has been rising everywhere. In many places, it is already mainstream, condemned by some, embraced by others, and gradually gaining prevalence and popularity.

Just as is happening in America, the worsening economic conditions make a fertile ground for outbreaks of Jew-hatred. As matters are continuing to deteriorate, the eruption of anti-Jewish sentiments is more likely to happen. It will not be long before Jews around the world are persecuted once again, just as they have been for two millennia.

However, if previously, ruthless leaders were using them as a scapegoat or as a means to manipulate the masses to their side, this time, it will come from the masses. There will be no need for a leader to incite against the Jews; regular people will do so spontaneously, and will accompany their words with actions. It will not be an endemic outbreak; persecution of Jews in the coming round will be worldwide and emerging from the people rather than from leaders.