“Should children be allowed to choose their gender?” (Quora)

Michael Laitman, On Quora: “Should children be allowed to choose their gender?“

I understand that there is an inclination in some people to fervently yearn to feel themselves in a foreign body of the opposite gender, as I have known such people. However, they were individual cases that happened without any propaganda or coercion. But in terms of what is happening today, where such an ideology is fed to society regularly with a “So, who else is with us?” attitude, I think it is completely wrong.

On one hand, it goes against nature-given circumstances. However, on the other hand, every quality of nature has exceptions to the rules. We thus naturally have men, women, and a number of individuals with feminine traits among men, and those with masculine traits among women, i.e. people on such a borderline. There are indeed psychological nuances, and a lot goes on in nature, and each instance needs its own evaluation.

Nonetheless, what is promoted throughout society greatly affects our development, especially children’s. Influences in children’s social, educational and media settings shape the children. That is, children can go to school and get convinced of just about anything, including changing their gender.

For instance, children who have no proclivities whatsoever for changing their gender could reach the conclusion that they have to do it. Why? It is because of social influence and pressure: that such a topic circulates the children’s social influences, and children constantly consider where they fit in with others, in terms of their inferiority or superiority to them. They require the approval of their peers and their social environment, so they could go to great lengths for that approval.

However, despite today’s increase in the promotion of such influences, nature will sort everything out. The promotion of gender change to children is one of several scrutinies that humanity is undergoing in order to lead us to a point of helplessness, a dead end. We can already see how nature continuously guides us through many different paths, and each one results in a dead end, i.e. that we find no ultimate happiness or satisfaction through the various directions that we take.

In short, my advice on this topic is to simply advocate that whoever has no such inclination naturally should be kept in their own natural state of being. 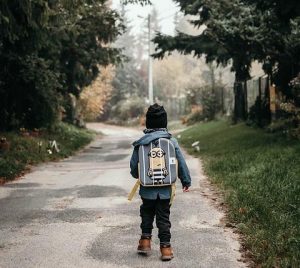