“How do you explain war to a child?” (Quora)

Michael Laitman, On Quora: “How do you explain war to a child?“

Children can understand war because they also fight with each other. The human ego, which makes us want to primarily enjoy ourselves without considering anyone else, operates from a very young age. So we need not hide anything about war from children.

Indeed, if we fail to raise children correctly, teaching them how to rise above the human ego and positively connect with others, then just as children play—wanting to take things away from each other in order to please themselves, and sometimes resorting to bullying each other—then this is how they continue into their adult years, which is why we end up with wars. Grownups no longer have sand shovels, sticks and toy guns in their hands, but weapons capable of doing serious harm.

Therefore, we should explain to children that they need to become accustomed to communicating, making peace and learning how to compromise. By doing so, they will not end up with terrible problems like those big people who go to war.

They should not be told about the enemy and the hatred in the conflict, and who is right or wrong, as they have no concept or basis for it. Rather, they understand words like giving and taking, wanting and taking, not wanting to give what they have to others, etc. and it is possible to explain war to children in such terms. Nevertheless, give-and-take relations are at the basis of war and all kinds of international relations. War is a dangerous and terrible outcome when these grownups could not reach any peaceful compromise in time.

Therefore, we should teach children from as early as possible that disputes should not be resolved by force, otherwise we will destroy each other. Disputes can be resolved by discussing how to reach peace together, with mutual concessions, rather than with an approach of “I am right and you are wrong, and now you will understand it.”

The most important aspect in education is learning how to compromise. Otherwise, what is all this education for? To teach how to hit first, harder and to inflict as much damage as possible? No, we need to learn how to stop and compromise. It is extremely difficult to do, especially for children, because they have a very direct and straightforward egoistic approach to life, shamelessly wanting things for themselves without any concern for others. Therefore, education should consist of explaining such concepts, learning them together with the children, and seating children in circles to engage in practical engagement on such topics. That is, if a dispute arises among children, then it is time to sit down and sort it out. They should develop such templates from their youth on how to not resort to fighting, but to resolve disputes through conversation and compromise. It is a very long process, but if it is not implemented at these early stages, then it will only get worse later.

Such education is not only necessary for children, but for teachers too, the adults. It is the same human ego in both children and adults, and it requires the same kinds of explanations and training in order to rise above it and realize that conceding for the sake of peace is much more worthwhile than going to war. 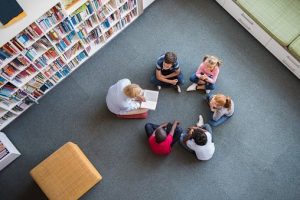 “Why is the world facing so many crises and problems?” (Quora)