“Imagine Your Child Is Not Your Own” (Medium) 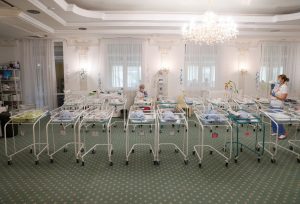 Imagine a man becoming the father of a baby boy after many years of anxious childlessness. ‎The longing intensifies the father’s love for his son, and he plunges headlong into fatherhood. He holds his baby boy after meals so he can burp, talks to him, and changes his diapers. As his son grows, he teaches him everything he knows, takes him to little league ‎practices and cheers with the other proud parents during games. Whenever his son gets in trouble at school, with other kids, or with his teammates, his dad listens and gives him some fatherly advice. And every night, before he falls asleep, his dad sits by his bed and reads him a bedtime story.

The father is so proud of his son that his friends at work tease him about it. They say that he thinks there are no other children in the world except his son, and because he loves his son so much, he doesn’t like other children. The father laughs, but admits that as with any ‎teasing, there is some truth to it.‎

Then, one day, two police officers and a social worker knock on the door and show the father papers proving that there was a terrible mistake and babies were switched at birth. His son is not his son, but someone else’s, and his son’s biological parents have already been notified and want him to come live with them as soon as possible. Their son, who is his biological son, also wants to get to know him and come live with him. The social worker and ‎the officers explain that his son would have to go live with his biological parents.‎

We may not be aware of it, but the father’s tragedy is very similar to a process that all of humanity is experiencing, with one major difference. In the case of the father, the loss is unbearable. In the case of humanity, we are about to find out what a nasty son we’ve had, and what a wonderful son is about to replace him.‎

The strangers’ son we have been raising is our ego. Ego has demanded everything from us and felt no gratitude. Every time we satisfied him, he demanded more. Finally, he demanded more than we could provide; we have depleted the supply; we have run out of money, run out of resources, and run out of strength.‎

What’s more, our son, Ego, has been inciting us against all other boys, made them look awful in our eyes, and made us hate them and their parents. He even made us fight against them. He blinded us to the fact that we really needed those other kids and parents, that they gave us everything we have: work, companionship, and everything we needed in life.‎

Because we have reached the end of our strength, we are beginning to open our eyes and see that Ego is not such a beloved son, but a monster. Even more important, we are beginning to realize that he is not really our son, and nothing really binds us to him except his lies about our connection. Gradually, we are discovering that our real siblings are everyone else. They, all ‎of humanity, are our family.‎

Now that we are beginning to realize the truth, we can develop a new attitude to ‎other people. Initially, we will take baby steps. But as more and more people recognize the truth about their ego and about their attitude toward others, we will learn to walk more confidently together. We will learn to care about others where before we felt only indifference or even spite. We will direct our malice toward our enemy within, and by doing ‎so, we will defeat our one and only enemy, our fake son, Ego.‎
[298575]