“How Close Are We To The End Of The World?” (Quora)

Michael Laitman, On Quora: “How close are we to the end of the world?“

Indeed, Kabbalist Yehuda Ashlag, the greatest Kabbalist of the last century, wrote that we could reach a third world war, a nuclear one, and that there might even be a fourth world war if it would not be enough.

However, there is no end of the world, and it is because nature has a plan.

The plan is that we need to undergo these very unpleasant processes that are full of problems and suffering unless we correct ourselves in advance. “Correcting ourselves” means changing our attitudes to each other so that we would positively connect above our divisive drives.

There are thus two possible scenarios to the script playing out before us: The bad scenario states that our civilization will collapse and we will need to restart it from its remnants. The easier option is that we continue into the future without wars and nuclear bombs. However, the latter option requires that we make a significant attitude shift to each other.

We need to realize that everything depends on our connection to each other and with nature. By positively connecting among each other, we can influence nature for the better, and protect ourselves by doing so. 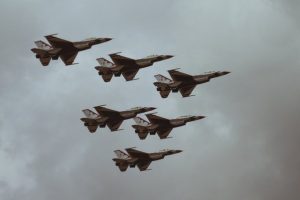