“What Are The Lessons Learned From Squid Game?” (Quora)

Michael Laitman, On Quora: “What are the lessons learned from Squid Game?“

The screenwriter and director of Squid Game have been noted as saying that “such is our world” in relation to the setup where people become willing to kill other people if placed under conditions where it is either their life or another’s life.

I would take it a step further: that our world is worse than what is presented in Squid Game. In our world, we wish to kill others without playing a game in order to do so, knowing in advance that we will kill them, and not as it is in Squid Game, where players agree to play a game according to certain rules.

If we were to remove the filters that cloud human relations, we would see that we are killing each other. Imagine, for instance, the horrible phenomena we would see if everyone’s thoughts became revealed. Thankfully, however, we have been given a gift of being able to each keep our thoughts to ourselves, so that we would be spared from such a terrible vision.

The main lesson that Squid Game might open up is a view of how human nature works: that we each prioritize self-benefit over anything else, up to a point of killing other people if we are placed in a situation where it is either us or them. However, such a lesson is only a small part of what we truly need lessons in today: the need to transform our nature so that we prioritize positive connection to each other and to nature. The more we develop without undergoing such a fateful transformation, the more we will suffer; and the sooner we take steps to transform our nature in order to positively connect with each other above our self-centeredness, then the sooner we will experience a new harmonious and peaceful world.

Therefore, the main takeaway from Squid Game, which shows the evilness of our egoistic nature, should be paralleled with a serious endeavor that aims at clarifying what human nature is, how it works, why we create such shows, and whether they correctly portray our condition. We will be able to understand that we watch Squid Game and similar forms of art and entertainment because they portray the egoistic qualities that make up our current nature.

However, such viewing should be accompanied with an explanation of the need to change this nature if we are to shift our lives to a positive course, a world of happiness, balance and peace. Then, instead of identifying with our egos, we would start seeing our egoistic attitudes to each other as masks that hide a much better life from us, and we will then start feeling a desire to exit our egoistic state, and develop a completely different attitude to each other, to nature and to life in general. 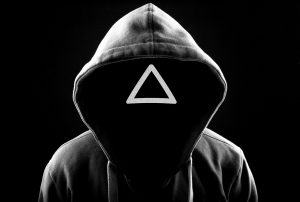 Based on the video “How Squid Game Portrays Human Nature” with Kabbalist Dr. Michael Laitman and Semion Vinokur.

The Proper Upbringing Of Boys

“Highlights From A Meeting With David Rosenthal” (Times Of Israel)
Podcast Powered by podPress (v8.8)