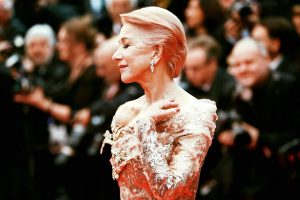 It is highly doubtful that Golda Meir could have imagined that forty years after her death Jews would create a storm in Hollywood regarding the actress who would play her character in the upcoming biopic “Golda.”

Filling Golda’s shoes in the production is the non-Jewish British actress Helen Mirren. This casting sparked a protest by Jewish actors in the United States and the UK against non-Jews playing Jewish characters in movies and series. Just as African or Asian actors insist on portraying African or Asian roles on screen, Jewish actors assert that only a Jewish actor is capable of embodying Jewish characters and representing their people.

I strongly and unequivocally agree with this opinion. Not only because Golda Meir is a Jewish Zionist figure, the Prime Minister who led Israel in the tense days of the Yom Kippur War, but because the Jewish spirit cannot be conveyed at all by non-Jews. Even if it were Albert Einstein, who lived far from Zionist ideals in America and was totally immersed in the world of science, a non-Jewish actor could not express the same spirit.

In the world of cinema there are many examples of non-Jews who have played the roles of Jews, but much more than the complex facial expressions, body language, and distinctive speech, it is the inner spirit that is indescribable.

If we were to conduct a comparative test, I think both Jews and non-Jews would agree that it is impossible to play a Jew if you are not a Jew. Why is that? It is because of the collective experiences endured by this people throughout the ages that pulses in the fiber of their being. Jews are a people who took the role on humanity’s stage at the foot of Mount Sinai to be a “light unto the nations,” a symbol and model of social unity. This is a spiritual message and mission that has not disappeared; it is engraved within them and is passed on from generation to generation. Whether we like it or not, the Jewish spirit is present and alive in every Jew, regardless of the country in which Jews live.

I have seen Jews from China to South America, from Europe to the Far East, and although the different local culture has influenced their lifestyle, they still remain Jews. They have an essential inner quality that does not allow them to escape their Jewishness, so much so that they can be perceived as Jews. This living heritage cannot be replicated or simulated with authenticity by someone who lacks the innate quality. Therefore, a non-Jewish actor or actress cannot play a Jew.

In short, non-Jewish actors can be great and win praise by playing Jews on stage, but in practice, the deep and substantial spiritual root instilled in the Jewish psyche, which is connected to the root of creation, will not touch the heart of the viewer.
[293360]

Only If The Creator Helps