“Is Winning The Lottery A Blessing Or A Curse?” (Quora)

Michael Laitman, On Quora: “Is winning the lottery a blessing or a curse?“

Margaret Loughrey, 56, from Strabane in Northern Ireland, was found dead in her home. In 2013, she won 27 million pounds in the lottery, acquired real estate, bought a house, a pub and opened a recreation center for residents of the city. She planned to build affordable housing for residents on her property. She spent half of her winnings on charity. The recreation center was set on fire more than once. She also received a suspended sentence for drunk and disorderly conduct. She later claimed that people stole millions from her. Shortly before her death, she said: “I regret winning the lottery […]. I was a happy person before. I am a human being and all it has done is destroy my life.”

We mostly think of winning the lottery as a blessing, that if we had won the lottery, we would have used the money well. But there are no such examples. Winning the lottery is a curse. Our seemingly good deeds within the framework of our limited understanding of the world, i.e. giving millions of dollars to one or more causes, will always fall short and boomerang back to us in negative ways.

I see no solution to such a problem other than an extensive worldwide educational program that teaches us to develop a sense of mutual responsibility and consideration toward each other in society, and to prioritize positively connecting to each other above our divisive drives.

Humanity will come to realize that after all the unsolvable global challenges, the only cure left will be to implement unity among each other. We need different conditions and not people or organizations trying to manage these massive amounts of money. My conclusion is to not award such sums of money. Do not incite a person in such a way. I personally would also ask to not have such sums of money offered to me. 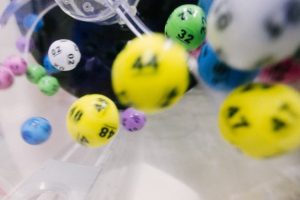 How Not To Become A Burden For Loved Ones