My new article on Linkedin “Jews as Omicron’s Scapegoats” 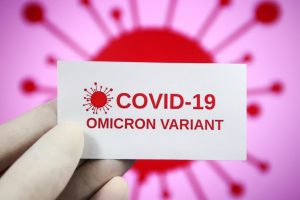 A few days ago I was in Italy. I saw people on the street that looked like they were turned off, without a spark in their eyes, unhappy. Not only in Italy, a country seriously affected by Covid-19, but all over the world, people are tired of the appearances of new variants over and over again, just when we thought (and hoped) the pandemic was finally under control. Since the virus will not be vanquished, people will not be able to contain the cumulative stress, they will vent their frustration and helplessness, they first revolt against the restrictive government and in the end it will also blame the usual scapegoats, the Jews.

Already this week, antisemitic leaflets circulated in California’s Beverly Hills. The fliers included the names of Jewish senior executives who lead the world’s largest drug companies and accusations of a “Jewish agenda” behind the pandemic. Similar antisemitic propaganda is widely spread through social media platforms.

These leaflets and tweets are just the beginning of growing hatred towards Jews. A day will come when even scientists themselves will attribute the virus to that tiny group of people that has a history of being blamed by humanity. They will say that the Jews are the source of all the variants, just as in the Middle Ages people began to whisper and ask why Jews were not sick with the Black Death, and from there the plots developed and unfolded. Again, history repeats itself.

We are not responsible for the outbreak of the plague as the antisemites claim, but we are responsible for the wrong attitude towards it as a result of a lack of awareness on our part. The virus is a disruption in nature’s altruistic genetics system as a result of human egoism. It is a bit complex, but I will explain: the degrees of nature—inanimate, vegetative and animate—are intertwined on different levels, while we, the human species, are detached from the harmonious operation of nature. Humans have an increased egoistic desire that pushes us apart and weighs us down on each other.

The ego not only causes us to exploit each other for our own benefit, but also to exploit all the rest of nature. As a result nature, which is programmed for balance and perfection, provokes epidemics and crises to help us see the place of breach and breakdown and to invite us to mend it, that is, for us to connect emotionally and merge with the rest of the integral parts of nature. Then everything will fall into place.

We do not yet understand that we are part of one integral system and that its balance depends on the positive relations between us. This must become clear and evident. Even a quick glance at ourselves from the side reveals how far we are today from this desired state and our role as Jews in modeling it. We let the ego control us and separate us. The Jewish nation is aimed at being a light unto the nations and paving the way of unity to others. It is our mission. Israel and the nations of the world are intertwined in one global system, and the world feels strongly from within that we are indifferent to our role. It is little wonder then that the world points an accusatory finger towards us.

If we understood our role and implemented it, we could stand in front of the world and direct it to use the pandemic for correction; we could be a guide to become more united and compassionate to each other, as one man with one heart. When this happens, no affliction will surround humanity and antisemitism will cease.
[290736]

“Hellenism Vs. Judaism – A Clash Of Civilizations” (Linkedin)
Podcast Powered by podPress (v8.8)