My new article on Linkedin “Will Lip Augmentation Make You Popular?” 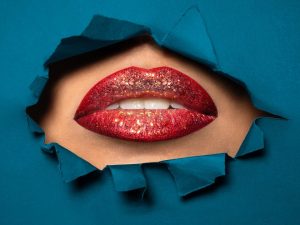 The idea of cosmetic “fixes” has been around for decades. However, over the past several years, it has become so pervasive, and begins at such an early age, that it’s almost as if there is something wrong with you if you didn’t “fix” anything by the time your sixteen. Parents may be horrified when their twelve year old daughter wants to do a lip augmentation, but what can we expect when we let social media idols and TV stars be their educators?

The education system has long abandoned any aspirations to bring up people with values and ability to think for themselves. At best, it focuses on providing information. The parents, for their part, are usually too busy or too uncertain about how to educate. As a result, children grow up learning from their environment, which consists of social media and TV, and their peers, who also learn from social media and TV.

What they learn there is that only looks matter. If you don’t look pretty and rich, you’re worthless. When children demand that their parents pay for their nose-job or lip augmentation (and sometimes much more than that), they should not be dismayed or angry with their children. People, especially young people, learn by example, and by nothing else. If the values we expose them to say that only the exterior matters, they have no option but to become that superficial.

When I talk about education in my posts, I am referring first and foremost to the social environment that we create, since this is our real educator. In some societies, you have no social status until you kill someone. This, too, is education. It makes no difference what people learn; all that matters is from whom they learn. The values instilled in their social environment will determine their course in life much more than how well they know calculus, the difference between “subject” and “object,” or names of US presidents.

Superficiality pays; it makes people want to buy more clothes, phones, cars, and body “fixes.” For giant corporations and big-tech companies, our shallowness is a bonanza. But superficiality alienates people. If all they are is what they own and how they look, then all they want is for others to look worse and own less.

Only if we teach ourselves to look beyond skin-deep, we will realize the gifts that other people can give us. When we focus on connecting with people, we will not mind so much how they look, what they wear, or what they drive. We will mind how they communicate with us, how the connection between us makes us feel, and how much they care about others.

When we build a society of caring individuals, then, and only then will we be able to say that we have educated our children well. Then, too, our children will be happy, since they will know that their social environment embraces them and does not compete with them.

“How Would You Use The Internet To Improve Your Community?” (Quora)
Podcast Powered by podPress (v8.8)