My new article on Linkedin “What Politicians “Want”” 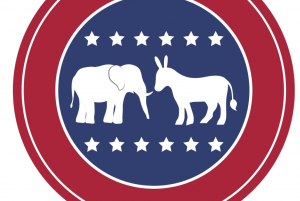 When you examine how Republicans and Democrats treat Israel, it is easy to tell the difference: Republicans are palpably pro Israel, while Democrats give Israel a cold shoulder. We, in Israel, may feel their attitude as a reflection of their “feelings,” but there is no such thing in politics. In truth, neither Republican nor Democrat politicians care about Israel; if it were up to them, they would casually kick us out of here and into the Mediterranean Sea.

In addition to the above, there is one person in the White House with a real agenda when it comes to Israel: Barack Hussein Obama. He is the one pulling the strings in the current administration, and the Biden-Harris title is just a front. Obama’s odium toward Israel is religiously, geographically, and politically motivated. We must have no illusions about this.

Nevertheless, Israel is not helpless. We may not be able to change the opinion of politicians about Israel, but we can change the opinion of their voters, and this is what really counts. If we, in Israel, unite above our (countless) differences, we will dissolve any hatred that the world currently feels toward us, and it does. The world’s eyes are always on Israel, often even more than on domestic affairs. People feel that what happens here affects them personally. The loathing we are showing to each other here radiates throughout the world and its ripples ignite conflicts and wars the world over. This is why Jew haters blame Israel and Jews for causing all the wars. They don’t really think that we start wars everywhere on the planet, but they feel that it’s our fault.

And the truth is that they’re right. We are starting wars by fighting among ourselves. The world constantly pays us attention; we project hatred; the world absorbs the hatred we project; and the hatred starts wars. We think that the world has forgotten about the “nonsense” of that Biblical obligation of Israel to be “a light unto nations,” and the world, too, may not think about it consciously. But the fact that the world is always looking at us, always examining our every move, and always judging us by a higher standard than it judges the rest of the nations, is because it expects us to be “a light unto nations.”

Actions are not determined by people’s words, but by people’s feelings. They feel that we, Jews in general and Israel in particular, are a source of trouble. The only way we can stop being a burden and a menace in the eyes of the world is if we reinstate the unity that had made us into a nation, stop projecting hatred, and the stream of hatred threatening to drown the world will stop. We may not want to unite with our brothers, but we cannot say that there is nothing we can do against Jew hatred. In fact, we are the only nation on Earth whose fate is solely in its own hands.

For more on this topic, please see my latest publication, The Jewish Choice: Unity or Anti-Semitism: Historical facts on anti-Semitism as a reflection of Jewish social discord
[278172]

The Path Between Good And Evil

“Justice Is Blind, Until It Concerns Israel” (Linkedin)
Podcast Powered by podPress (v8.8)