“What Is The Main Ideology Of Kabbalah?” (Quora)

Michael Laitman, On Quora: “What is the main ideology of Kabbalah?“

The wisdom of Kabbalah is a method that enables us to reach the perception and sensation of the highest dimension of reality, above corporeal life and death, while we are alive in this world.

By doing so, we can sense our future states, and we gain the ability to directly influence reality from its “control room.” We need only attain the connection to our life’s source, and by doing so, we assume control of our destiny. 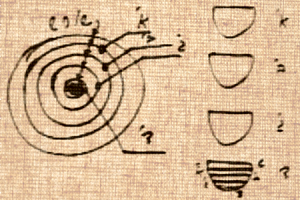 Kabbalah was revealed for the first time 5,781 years ago by Adam, who wrote the book, Raziel HaMalach (Heb. “The Secret Angel”). It describes the concealed force (i.e., “angel” is a certain kind of spiritual force) that operates our reality, and which can be revealed by applying a certain method. After 20 generations of Kabbalists, Abraham made the next major development in the wisdom of Kabbalah by founding the first Kabbalistic group, which became known as “the people of Israel.” This was a group who gathered based on the principle of “love your neighbor as yourself.” Love of one’s fellow man became the Kabbalists’ principle ideology and constitution. They united as a single nation, which later became known as “the Jews,” from the word for unity (“Yichud”).

At a certain stage of its development, the group ended up having to show the Babylonians of the time, who did not want to follow Abraham, the need for self-transformation and correction: rising above the egoistic intention for personal benefit at other’s expense. By doing so, they formed bridges of unification and love upon the rampant hatred and division of the time.

Kabbalah’s main ideology is thus “love your neighbor as yourself,” and the method of Kabbalah is one of attaining such unification above the divisive human ego. At the peak of developing increasing ties of love and bonding above our innate divisive drives, the universe’s two ends—egoism and altruism, division and unification, receiving and giving—become combined into a single creation, namely “receiving in order to give.” By attaining such a principle in practice, we implement the formula for us all to live harmoniously, happily and in balance with nature. Moreover, we also discover the eternal and perfect reality of our soul that exists above corporeal life and death.

We currently have a single quality: reception. Even if we give, we do so with the calculation that we want to receive something in return. By adding the quality of giving over our inborn quality of receiving—i.e., pure giving with no shred of egoistic intention laced within—then we achieve a perfect connection with each other, balancing our egoism with nature’s altruistic quality, or in other words, balancing the negative pole of reality with the positive one.

Kabbalah explains how nature divides into four levels: still, vegetative, animate and human. On the still, vegetative and animate levels, nature itself balances between giving and receiving, positive and negative. At the human level, however, i.e., at the level of our relationships and attitudes to each other, we have no connection to the altruistic side of reality. As such, the more our egoistic desires evolve over time, the more we encounter problems and crises on all scales of life.

In other words, the ultimate cause of our life’s problems is the disharmony between altruism and egoism. The wisdom of Kabbalah is a method for establishing the correct balance between these two qualities, and by doing so, bringing about balance personally, socially and globally.

It is also important to note that Kabbalah is not a religion, but a science. Where religion is based on believing in one or several higher powers, Kabbalah is instead a method by which we reach a revelation of the higher powers through research, experimentation, gathering feedback, and by doing so, “rinsing and repeating” until we can scientifically confirm our attainment of the altruistic quality above our inborn egoistic one. It does not involve performing rituals, wearing any specific clothing or ascribing any special importance to any physical objects. It rather involves study and participation in an environment that supports progress to the attainment of the higher reality. By doing so, anybody can advance to such a lofty attainment.

“What Is The Secret To A Balanced Life?” (Quora)

Prophets Will Walk On The Earth Again
Podcast Powered by podPress (v8.8)