My new article on Linkedin “Permission to Harm” 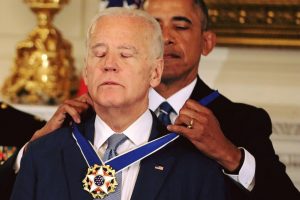 The great 11th century commentator RASHI wrote, “Once the harm-doer is given permission to harm, he makes no distinction between righteous and wicked.” Examples? There are plenty of them: Hitler and the Holocaust, Torquemada (of Jewish ancestry) and the expulsion of the Jews from Spain, Titus and the ruin of the Second Temple, and countless others. There have also been other examples, though few, when a harm-doer was given permission but was later denied it. One such example is the story of Haman and the miracle of the salvation of the Jews in Persia, after which we celebrate Purim.

When looking at these fateful periods in our nation’s history, one common denominator stands out. Leading up to the rise of the harm-doer, the people of Israel are particularly divided and often sabotage the achievements of their coreligionist rivals. When this happens, eventually, an external saboteur comes to power and threatens to destroy Israel. At that time, one of two things happens: If the people of Israel unite, they save themselves. If not, they suffer unimaginable punishments.

It is a well-documented fact that brutal divisions engulfed the people of Israel prior to the ruin of the Second Temple. Perhaps less known, but just as true is the fact that this was also the case before the ruin of the First Temple. Later, before their expulsion from Spain, Spanish Jews were in disarray because many of them converted to Christianity (and often became antisemitic), while others wanted to maintain their faith. In the end, the Grand Inquisitor Tomás de Torquemada, himself of Jewish descent, convinced King Ferdinand and Queen Isabella to sign the Edict of Expulsion, which drove all Jews out of Spain.

A similar process of Jewish division took place in Europe before the rise of the National Socialist (Nazi) party to power in Germany. German Jews, who were largely affluent and liberal, loathed Polish Jews, who were largely Orthodox and poor, especially those among them who immigrated to Germany, and both liberal and Orthodox Jews hated the Zionists, who were mostly socialists, if not communist, and secular. The latter, in turn, detested both the Orthodox Jews and the Bourgeois, as they referred to German Capitalist Jews. When the Nazis rose to power, they offered the Jews to exit Germany through what became known as the Transfer Agreement, where German Jews would keep much of their wealth and be shipped to Palestine. But the loathing of German Jewry toward Zionism and the idea of a Jewish state was so intense that the vast majority of them preferred to stay in Germany and ride out the storm or go to another country, if possible. In the end, we know, it was not possible to migrate to another country, they did not ride out the storm, and the rest of European Jewry perished along with them.

November 3, 2020 marks another fateful date in the annals of our nation. The divisions within the Jewish people have been deepening for decades, and parties and factions within the people divided the nation into countless pieces, both between the two major communities, in Israel and in the US, and within the two communities. Today, not only is there a deep divide between Israel and American Jewry, but the majority of American Jewry would prefer the cessation of Israel’s existence altogether.

Such profound division calls for the rise of yet another harm-doer, and indeed one has risen. It makes no difference whether his name is Joe Biden or Barack Obama, who is pulling the strings behind the scenes. What does matter is that Israel has not only lost its only ally in the world, who happens to be the most powerful country in the world, but that now that ally has turned against it.

Permission to harm does not mean that the harm-doer will necessarily succeed. However, it does mean that we have no other weapons at our disposal but our unity. There is nothing we can do to change the tragic trajectory of fate unless we unite. Disunity has always been the reason for our downfalls, and unity has always been the cause of our achievements. It is beyond the scope of one short article to explain why, but it is vital that we recognize this simple fact—united we rise, divided we fall. For the more elaborate explanation, see the link below.
[278069]

“The Vicious Cycle Of Success And Hatred” (Linkedin)

Not By Chance
Podcast Powered by podPress (v8.8)