“The Price for Adopting a Victim Mentality” (Linkedin) 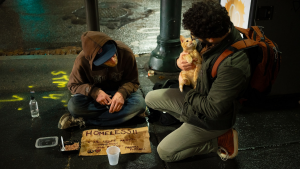 A person with a victim mentality tends to feel as a victim of the hurtful actions of others. While some people have in fact been victims of wrongdoing, developing a victim mentality means that they become fixated on blaming their misfortunes on the misdeeds of others. The problem with developing such a mentality is that seeing oneself as a perpetual victim prevents one from rebuilding oneself and succeeding in life. In order to maintain the victim image, people must remain eternal losers, but only they will lose as a result.

It is very difficult to determine where exactly to draw the line between blaming other people for one’s woes and beginning to exploit the wrongdoing that was done to a person for gaining unwarranted benefits. Either way, perpetuating a self-image of a victim impedes one’s efforts to rebuild one’s life and realize one’s potential.

Therefore, to help victims of all types of misconduct, we should focus on the positive rather than on the negative. Instead of reinforcing and perpetuating their image as passive and weak people whose vulnerability had been exploited, we should teach people who have been hurt by wrongdoers that they can always succeed regardless of the circumstances. We should empower people and help them believe in themselves.

The same approach should apply to populations that had been victims of exploitation and abuse. Instead of teaching them to focus on the wrongs that had been done to them, we should help them gain self-confidence and achieve what they did not believe they could. While we cannot change the past, we can choose the future, and this should be our focus.

The activism of certain opinion leaders and other public figures “in favor” of victimized sections of society is nothing but manipulation. Reality proves that these “champions of the afflicted” do not really help them, and in the end, the victims remain empty-handed and crippled by a victim mentality that guarantees they will have nothing in the future because they chose a wrong approach.

While there are certainly people who have done wrong, seeking revenge will not help the victims. Instead, they should focus on building a just and cohesive society for all.

If we create social solidarity, we will solve the problem of exploitation and abuse altogether. If we want equality, we must fight for equal opportunities to succeed, and we will achieve this if we create a society whose members feel connected to each other, cultivate solidarity, and are proud to live in a cohesive and caring community.