“How could anyone abuse a child?” (Quora)

Michael Laitman, On Quora: “How could anyone abuse a child?“

In recent weeks in Israel, there have been several cases of children and babies being abused by their kindergarten teachers and caretakers. It is a phenomenon that has been shaking up many people.

Indeed, how is it possible to abuse defenseless children and babies?

The Torah speaks of even worse states that humanity could reach, where merciful mothers would eat their own children.

Our development is marked by our constantly-growing egoism, which has become overblown in our era. The ego, i.e. the desire to enjoy at the expense of others, has reached such major proportions that horrible cases of child abuse increasingly appear the more that we become more egoistic and detached from one another.

There is a method, however, called “the wisdom of Kabbalah,” which can teach us how to build a correctly-functioning society, where we learn how our egoism operates, and how to rise above it in order to develop positive connections to one another.

With the learning and implementation of such a method, we could reach a state where we feel other people’s children not only as our own, but even more closely than we feel our own children.

Why would we feel that way? It is because through a positive attitude to each other—and to each other’s children—we would become close with the positive force of nature that dwells in our connections. Our positive attitudes would let us connect to the positive force that dwells in nature, and such a connection would fulfill us with a much greater sensation of fulfillment than what we currently sense.

We need to start discovering how the positive force of nature dwells in the connections between all people, and we have the ability to reveal and connect to this force. Doing so can let us feel love toward other people’s children and babies, beyond even feeling them as our own children.

This is precisely why the wisdom of Kabbalah has become revealed on a mass scale in our era: Without the wisdom of how to positively connect to each other above our egoistic drives while our egos constantly grow, we would end up eating each other alive. 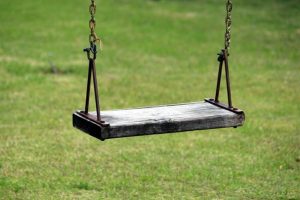 During the Time of the Temple’s Existence
Podcast Powered by podPress (v8.8)