“Why Israel Has Become Corrupt” (Linkedin)

My new article on Linkedin “Why Israel Has Become Corrupt” 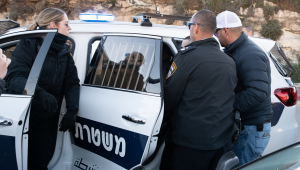 Every year, Transparency International, the global coalition against corruption, publishes its Corruption Perceptions Index. In 1996, when Israel was first added to the index, we came in at no. 14. In the 2021 index, we came in at no. 36. At the moment, I cannot see what will reverse the dismal trend unless some blow lands on us and straightens us up, if it does not destroy us.

When you read the lofty words in Israel’s Declaration of Independence, the chasm between them and reality is staggering. The assertions that the State of Israel “will be founded on the basis of freedom, justice, and peace,” that there will be “complete social and political equality for all its citizens,” and “freedom of religion, conscience, tongue, education, and culture,” stand in stark contrast to the grim reality.

I come from the former Soviet Union, where the promises after the Bolshevik Revolution were even more ambitious, and the subsequent fall into corruption even deeper, so I have no expectations from declarations. Nevertheless, these words highlight the pretense in the leaders’ words, who really aim for nothing but their own renown and power.

We think that the founders of the country were idealistic and pure, but in reality, the only thing that has changed is that their expectations were a little more modest than today’s leaders. Since then, everyone’s egos have grown, and the self-centered aspirations of the leaders have grown proportionally. Today, no one takes anyone into account, and everyone is willing to do whatever it takes just to be at the top.

There is no boundary to where human egoism can grow or what it can do, none whatsoever. Today, people who should be behind bars are running the country. The concept of “concern for the citizens” no longer exists in anyone’s lexicon, not to mention their minds.

Until a blow by some force majeure forces us to reflect on the country that we want to live in, nothing will get better. I only hope that it happens before we lose the country altogether.

Having said all that, there is another way. It takes courage, persistence, and the conviction that the current path leads nowhere. But most of all, it requires solidarity and participation of many people.

That path is the path of education. We can choose to teach ourselves to live by the values that we believe are right, but to do that, we must help each other maintain our resolve that living in a just and equal society means first of all that we have a society to speak of. Living in a society means that we accept that we are dependent on each other, that we can and must rely on each other, and that we see to the well-being of all the parts in our society, or we are not really a society.

Next, we need to realize that maintaining mutual responsibility only on the physical level will not hold. We need to “translate” it into emotional commitment, which implies developing concern, care, and eventually love for one another.

“Love your neighbor as yourself” is not an empty slogan that our ancestors concocted for political purposes; it is a tenet we must eventually live out among us. Once we achieve it, there will be no concerns of corruption or mistreatment. Just as these vices do not exist in a loving family, they will not exist in a loving society.

We will need to be brave. We will need to paddle upstream because the ego does not like sharing or caring, but if we want a future for the State of Israel, we simply have no choice. Solidarity, mutual responsibility, and mutual concern are not slogans; they are our weapon against the dissolution of the country.
[293807]