“What Is Your Viewpoint On The Russian-Ukrainian Conflict?” (Quora)

Michael Laitman, On Quora: “What is your viewpoint on the Russian-Ukrainian conflict?“

The current Russo-Ukrainian war awakens the awareness that as human beings, we desperately lack correction and positive connection. It shows how hatred can brew between two nations that have lived side-by-side for a long time, which share similarities in religion, language and history, and which play host to millions of families that were built with no regard as to whether the spouses’ respective families were Russian or Ukrainian. Despite their similarities, they instead emphasize their differences, differentiating and distancing themselves from each other up to a point of hatred. And the hatred boiled over into war, as if they share nothing at all in common.

Why does such a dire state come about? It is because human nature—the egoistic desire to enjoy at the expense of others and nature—is uncorrected at its basis. Moreover, this ego is already overblown, and still constantly inflating. Without correction—without mutually redirecting our intentions to benefit one another and nature—then it is bound to explode, to burst into flames, and bring about conflict and much suffering.

We then have no choice but to extinguish the flames of war by correcting ourselves, our egoistic nature, which presents itself today as the ego of one nation attacking to overpower another. We need to see that the ego’s correction is the only solution to this problem, as it is the only solution that treats the problem at its core.

We also need to understand that we cannot repair the war at its root cause—the growing uncorrected human ego—with the same egoistic powers at our disposal. Instead, through connecting to each other above our egoistic drives, which requires a guided method, we can invite the positive force dwelling in nature into our connections, and by doing so, be granted peace. Let us pray that the good inclination (intentions to positively connect to each other) will overcome the evil inclination (our innate egoistic drives) from person to person, nation to nation, and among all nations. 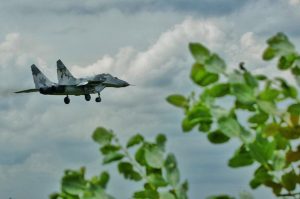 “We Are Free – Free To Pray” (Linkedin)
Podcast Powered by podPress (v8.8)