“We Can Still Lift Up The World” (Linkedin) 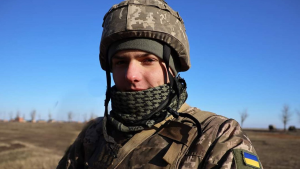 There have always been clashes in humanity. There have been clashes between countries, between North and South, or between regimes and ideologies. But the clash today is deeper. It is a clash of nations that are unwilling to accept one another as they are, and want to oppress one another. Yet it is not too late to lift up the world from its decline, and we, the people who understand the value of diversity, are the only ones who can do this.

To build a peaceful world society, we need people to appreciate diversity. Only people who seek connection above differences can build a society that grows stronger the more it becomes diverse.

Everything that has survived the test of evolution comprises opposites that complement each other. From the atomic level to the most complex structures in the universe, everything consists of opposites that collaborate to create a strong structure where one element compensates for what the opposite element does not have. Therefore, if you destroy your opponent, you also destroy yourself.

As long as we maintain the attitude of “Only I am right,” the world will continue to deteriorate. It makes no difference who is right. An approach that does not include all parties, claims the sole right to the truth, denies its opposite, its counterpart, thereby voids its own existence.

Think of “day” without “night,” “love” without “hate,” “spring” without “fall,” or “kindness” without “cruelty.” None of the “positive” terms would exist if their “negative” opposite did not exist. Likewise, our entire world would not exist were it not for the balance between opposites that complement each other and compensate for each other’s “shortcomings.”

As precarious as the current situation is around the world, it is also an opportunity. Now we can circulate the idea that only by accepting, and even embracing our opponents, can we ourselves thrive. The growing political tensions make us attentive for any sign of reason, and the sound of reason today must declare that war to the end means the end of everyone.

I hope and pray that in this war, reason will win.

What Is Arvut, Mutual Guarantee?

“Why We Do Need So Many People In The World” (Times Of Israel)
Podcast Powered by podPress (v8.8)