My new article on Linkedin “There Is No Shortage of Energy; There Is Shortage of Normalcy” 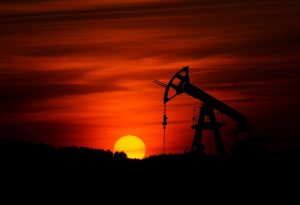 Despite increased production of energy from renewable sources, and despite the slowdown in car manufacturing, oil prices are skyrocketing. Even though fewer power plants still burn coal, coal prices are skyrocketing, as well. Natural gas prices, too, are going through the roof, and energy demand seems to outpace supply in every country and in every form of energy. Have Earth’s energy sources dwindled so drastically in a matter of months? The answer is a resounding “No!” There is no shortage of energy; there is a serious shortage of normalcy in human relations. I hope the current crisis will put some sense into humanity’s insane consumption.

The energy crunch indicates that we are over consuming. We are producing too much, throwing the excess production to the trash, polluting the ground, the air, and the water, and then we are complaining that we do not have enough. It is about as sane as killing one’s parents and then pleading for the court’s mercy because I’ve recently been orphaned.

It is time we reconsider everything we produce—how we divide production, profits, and goods, which services are necessary and which are redundant, and most importantly, how we treat one another. The goal of this process should be clear to everyone: survival.

There is no ulterior motive, no attempt to dominate or deprive anyone of power or wealth. It is simply that reality is forcing us to take all of humanity and the entire planet into consideration. If we don’t, our entire civilization will collapse like a deck of cards.

Since we still do not understand it and insist on running things the way we have always been running them—through power games—I anticipate a very cold and gloomy winter for the northern hemisphere. The energy crunch will leave many in dark and cold houses; there will be no gas for cars, and renewable energy will not replace traditional sources since there will be little sun during the winter. I hope that at least, it will make us rethink our values. If it doesn’t, next summer will be even worse than the awful summer that just ended.

I know that many people are counting on the promise of renewable energy to solve the energy problems of humanity. I think they are mistaken. There is plenty of energy, far more than we really need. We could cut emissions by at least half tomorrow. But the more we have, the hungrier we become, so our thirst for energy will never be satiated, and we will never stop exploiting the planet or each other until we reeducate ourselves and start being humane toward each other.

We have been behaving like spoiled brats whose parents buy them whatever they want. Now, our parents have run out of money and our childhood is over. It is time for us to mature and conduct ourselves like responsible adults, caring for all of humanity the way a mother cares for her entire family. If we think like a family, we will achieve normalcy.
[288105]

“What Trump’s Comeback Would Mean To Israel” (Linkedin)

“What Schools Are Not Teaching (And Should)” (Linkedin)
Podcast Powered by podPress (v8.8)