“It Is OK That The US Cares Only About Itself” (Linkedin) 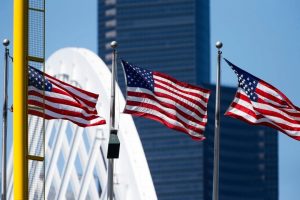 Since World War II, America has been almost perpetually engaged in some sort of war. Korea, Vietnam, Iraq, Afghanistan, not to mention meddling in Cuba, and countless other overt and covert military and political occasions of American involvement in other countries. Indeed, there is substance to America’s moniker, “the world’s policeman,” as an op-ed in The New York Times called it. Ironically, America is doing all this only because it wants peace and quiet. It has no real interest in policing the world. If it could, it would remain aloof, as it did at the beginning of World War II. For America, this indeed would be its best decision.

With two docile neighbors, Canada to its north and Mexico to its south, an ocean to the west and an ocean to the east, the US has very little to worry about. It is a vast country, with hundreds of millions of people, robust manufacturing systems, the most advanced scientific institutions and facilities in the world, and abundant natural resources. If any country can be self-sufficient, it is the United States.

Americans are brought up to relate first and foremost, if not exclusively, to America. They are taught very little about the rest of the world, and I can understand why. Were it not for the aspirations of other world powers to challenge America’s position as a world leader, it would probably choose not to interfere in global affairs.

But for all their efforts, the US is still the dream country for most people. This is why despite its social crisis and economic (relative) weakness, it is still such an attraction for millions of immigrants crossing thousands of miles to get there from Latin America. This is also why almost every scientist would want to relocate to the US given the appropriate conditions.

As for the rest of the world, things are much more precarious. China is pitched against Russia, claiming that vast swaths of land belong to it. Craftily, it is sending Chinese workers who settle in those lands and marry local Russians. This will become a big problem in the future.

There is also the matter of Muslim areas in southern Russia and to the south of Russia, which will now form alliances with Afghanistan and pose a problem for Russia. In the future, Russia will not be able to control those republics that used to be part of the Soviet Union. Between those three—Russia, China, and the growing dominance of Islam—is where I see the future dangers.

But not only there. Tensions that have long been considered gone seem to emerge these days, when the ego reigns supreme in human society. The recent friction between France and the UK and US over the nuclear submarine deal with Australia is one example of it, but I feel that there is more to come in this area.

Despite the looming dangers, we can prevent a worldwide eruption, if we want. We can decide that two world wars were enough, and we want humanity to take a different course, a more caring and collaborative one. But do we want it? Currently, it doesn’t seem that way.
[288148]

Kabbalistic Haiku “How To Defeat Your Enemies”

“The Enigmatic Impact Of The Jews On Nations” (Linkedin)
Podcast Powered by podPress (v8.8)