“Time To Revamp Our Thinking About Our Children” (Linkedin) 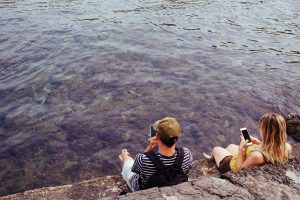 According to an essay published on July 20, 2021 in the Journal of Adolescence, over the past several years, there has been a significant increase in loneliness at school among teenagers. The essay, titled “Worldwide increases in adolescent loneliness,” written by acclaimed Professor of psychology Jean M. Twenge and several other researchers, concludes that between 2012 and 2018, “adolescent loneliness increased … in 36 of 37 countries. Worldwide, nearly twice as many adolescents in 2018 scored high in loneliness than in 2000, with much of the increase occurring after 2012.” However, the researchers add that “Even with the recent increases … the majority of students did not report high levels of loneliness.”

So are adolescents lonely or are they not? I think that the problem is not that they are lonely, but that we don’t understand how they think and feel, and therefore often attribute to them emotional states that they are not experiencing because we think they’re built like us, but they are not.

Today’s teenagers are smarter, more sensitive, and more understanding than we often think. They look at us, at what we have (or have not) accomplished, at the consequences of our actions, and draw their own conclusions. They’re not as excited as we were about academic titles, about traveling, or about accumulating wealth and possessions. Everything is accessible for them at the touch of a finger on the cell-phone, and they don’t have the drive that we had to achieve, to be “somebody.” They see how “happy” it has made us and what a world we’ve built because of it.

When I look at my grandchildren, they don’t seem to me like they are suffering. It is a new generation with a different character. They ask pragmatic questions; they want to know what they will get out of everything they do, and when they don’t get satisfactory answers, they order a pizza delivery and stay at home with their social media apps and games. At best, they might ask a friend or two over, but often, they will communicate with friends only on social media.

We must support them and care for them, but we must also let them grow on their own terms and in their own way. They’ll have their challenges like the rest of us, and they will need our help, but we must not force our worldview on them, since it will only prevent them from developing the worldview that they need to have in today’s reality, where everything is mixed and interconnected—physical and virtual, local and global, alone and together.

I am not implying that we should not see that they do not go the wrong way. However, we should also not force them to go our way just because we think our way was right for us. In fact, if it was right for us when we grew up, it is certainly not right for them, since the world where we grew up doesn’t exist anymore; we’re living in a different world. Therefore, today’s adolescents must find their own way, and we must help them search for it with confidence, knowing that they have a cushion to fall back on if they need to.

In addition to the above, I would teach them the basics of the wisdom of Kabbalah. The wisdom of Kabbalah is the science of connecting people, so learning the principles of positive connections with people can be very helpful in a hyper-connected world. I think that if we adopt this approach, we will go through our children’s adolescence more easily and pleasantly.
[285749]

“How To Make Good Decisions” (Linkedin)

What Lessons Is Nature Preparing For Us?
Podcast Powered by podPress (v8.8)