“There Is Really Only One Vaccine” (Linkedin)

My new article on Linkedin “There Is Really Only One Vaccine” 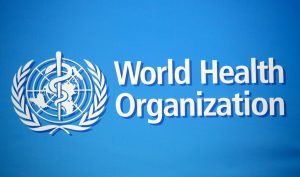 With the head of the World Health Organization (WHO) calling on countries to “halt on COVID-19 vaccine boosters until at least the end of September … as the gap between vaccinations in wealthy and poor countries widens,” you’d think that if poorer countries had high vaccination rates, the pandemic would be over. It wouldn’t. That is, we should still take the shots if we can, but we should also not expect them to eliminate the virus. There is really only one vaccine that can do this. Since the pandemic is a symptom, we should vaccinate ourselves against the pathogen, and not against the symptom. The pathogen for Covid-19, as well as for all our countless crises during this horrific summer, is our own nature. If we cure the wickedness in our own nature, we will heal the world, heal humanity, and heal ourselves.

When it comes to healing human nature, we need to look no further than ourselves—the Jewish people. Our ancestors conceived a method for correcting human nature and strove to spread it far and wide. This is why they aspired to make the people of Israel “a light unto nations.” When Abraham discovered that the division among his Babylonian countryfolk stemmed from their growing self-centeredness, “He began to call out to the whole world” that they should be merciful and kind, writes Maimonides in Mishneh Torah.

Even before Abraham, but certainly after him, writes Ramchal, our ancestors wanted to correct the entire world. “Noah was created to correct the world in the state that it was at that time … so [his contemporaries] would also receive correction from him,” writes Ramchal in his commentary on the Torah. Also, he continues, “Moses wished to complete the correction of the world at that time. …However, he did not succeed because of the corruptions that occurred along the way.”

Our sages throughout the ages declared that unity is the way to go. “Hate stirs strife, and love will cover all crimes” wrote King Solomon (Prov. 10:12). Rabbi Akiva stated that “Love your neighbor as yourself” is the great rule of the Torah. His disciple, Rabbi Shimon Bar Yochai, wrote in The Book of Zohar (Portion Aharei Mot): “These are the friends as they sit together and are not separated from each other. At first, they seem like people at war, wishing to kill one another … then they return to being in brotherly love. …And you, the friends who are here, as you were in fondness and love before, henceforth you will also not part from one another … and by your merit, there will be peace in the world.”

It is already clear that great catastrophes are encroaching on humanity, but we have yet to recognize that they all have a single root: our own division. If we, the people of Israel, realize that our division has global consequences, perhaps we will be more attentive to the message of unity that our sages have been trying to communicate to us for centuries without success.

For elaboration about the connection between Israel’s unity and the world’s prosperity, please read Like a Bundle of Reeds: Why unity and mutual guarantee are today’s call of the hour.
[286407]

“What Can We Do To Prepare Humanity For Impending Crises?” (Quora)

Breakthrough Is Ahead
Podcast Powered by podPress (v8.8)