“Slaves Of Our Own Fears” (Linkedin)

My new article on Linkedin “Slaves of Our Own Fears” 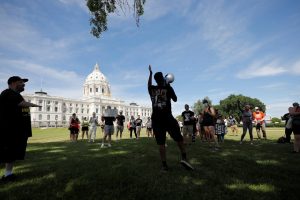 What makes a person a slave? A chain around someone’s neck tied to the individual’s owner? Not only. Even those who work in prestigious jobs in luxurious towers with comfortable accessories scattered around them are slaves, only in gold cages. The International Slavery Day and its Abolition was recently commemorated around the world. It might have been conceived with good intentions, but it is useless. Whether we admit it or not, we are all slaves.

Slaves are not only the official figure of around 40 million people neglected in developing countries, but far beyond that. Our world is not free; both consciously and subconsciously we constantly establish relationships between masters and slaves. Either you are a master or you are a slave. All attempt to exert control over others and resist being controlled. We don’t need these metrics because when we really look at it we are all enslaved.

In competitive societies such as in the U.S. for example, a person can be fired from their job in an instant. No second thoughts, no sentiments. This job insecurity and fear of losing one’s livelihood enslave people to their employers.

If a person could accept the essential and necessary for his or her existence, one would be freed from the fear of the future, which is the element that makes us slaves. Without this assurance, the fear of tomorrow increases and we have no escape, we feel trapped. The problem is that it is impossible to create any other way of life. Throughout history we have seen this ultimately disintegrates. As long as we do not change our attitude to life, our exploitative egoistic approach inherent in us will always propel us to divide our societies into masters and slaves.

What can come instead of slavery is just love—the feeling that we are all close to each other. Otherwise, slavery will never cease because it is achieved through oppression, while freedom is achieved through love. In the middle there is nothing, just a trick.

Freedom is the sense of mutual love, as between a man and a woman: the two are interdependent, bound together in inner ties, but if there is good love between them, it removes from them any sense of subjugation. It is not a simple feeling to achieve something, but a special bond. Such relationships need to exist both in the family, and in human society as a whole.

At the moment humanity is still trying to make small corrections and enact legislation against slavery but we do not fix anything through it, quite the opposite. We hide the truth, and then push the corrections away from us.

As much as we insist that freedom is achieved only by liberating ourselves from endless self-concern, then we can always be vigilant and take care of others, give everything we have to all those who need it without fear for our well-being, because everyone will then feel completely confident that they are surrounded by an environment in which each person cares for each other. Our freedom lies only in being able to change not reality itself, but our attitude toward it. By changing the object of our concern, from self-benefit to the benefit of others.

In The Laboratory Of Attaining The Upper World
Podcast Powered by podPress (v8.8)