“When Inclusion Turns Against Itself” (Linkedin)

My new article on Linkedin “When Inclusion Turns against Itself” 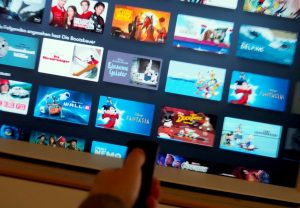 Over the past several months, we have been bombarded with news about “corrections” taking place in various global companies, corporations, but most notably, in the education system. These measures, which are taken purportedly in order to make society more inclusive, actually ban, prohibit, limit, and condemn many of the most basic freedoms of people in a democratic country, such as freedom of expression and even freedom of thought. There are too many examples to mention, but here are a few typical ones: Amazon has removed the iconic children’s books of Dr. Seuss, and Disney+ has taken down from children’s profiles such cherished movies as Dumbo, Peter Pan, and Swiss Family Robinson, and added a caution next to the title in grownups’ profiles that the movies contain culturally inappropriate content.

By now, we have become so alienated that we cannot stand anyone who isn’t exactly like us. As a result, we introduce “equity,” which tries to force fairness and impose impartiality and equality, when in fact, it states that if you don’t think like the decision maker thinks you’re “supposed” to, you are ostracized, subject to various social punishments such as banning from society, losing your job, shaming on social media, and other social punishments that are often more hurtful than incarceration, and occasionally cause people to take their own lives.

There is more: Coca-Cola asked its workers to be “less white” to fight racism, seriously. Megyn Kelly, in an interview with Bill Maher, said she pulled her children from a private school because, among other woke oddities, it conducted a “three-week experimental trans education” program in her son’s third-grade class.

There is still more: The Grace Church School in Manhattan offers a 12-page guide to “inclusive language.” The guide discourages children from using the words “parents,” “Mom,” and “Dad,” and suggests that they use “folks” or “grown-ups” instead. In New York City, the Department of Education will remove all selective “screens” for middle schools for the 2021-2022 academic year and eliminate district priority for high schools altogether. To increase diversity, a lottery will replace the screening tests. And finally, Bari Weiss writes about a friend of hers, a Manhattan mother of a four-year-old girl who watched her daughter draw, when the girl said casually, “I need to draw in my own skin color.” Skin color, she told her mother, is “really important.” This was what she learned in school.

The irony about these examples, and countless more, is that they are all consequences of a campaign to increase inclusion and diversity. Clearly, the campaigners do not realize that when you inhibit freedom of thought and freedom of expression, you are abolishing inclusion, eliminating diversity, and shredding society into pieces. I don’t think that this ideology will prevail, but if it does, America will finish itself off.

This campaign is going toward a clear outcome, which I call “recognition of evil.” In other words, it is going to show us that our own nature, human nature, is rotten and evil to the core. In the process, it will also show us that we don’t have a clue about the right way to educate children or grown-ups.

Successful education requires knowing its final outcome before you even begin. And as for the inclusion campaign, nature didn’t create people equal; it created them different! It didn’t create them better or worse, but rather different! We, humans, attribute value to one race over another, to one culture over another, to one faith over another, and to one worldview over another. Therefore, we humans are the problem, not the race, gender, faith, or culture into which we were born. We make people unequal because this is how we think of them. Diversity is a blessing; it makes people unique, and therefore extremely valuable! Trying to eliminate the differences between us will create separation, alienation, and hatred, and it will not create inclusion or equality.

Indeed, for many centuries now, we have been growing further and further apart. By now, we have become so alienated that we cannot stand anyone who isn’t exactly like us. As a result, we introduce “equity,” which tries to force fairness and impose impartiality and equality, when in fact, it states that if you don’t think like the decision maker thinks you’re “supposed” to, you are ostracized, subject to various social punishments such as banning from society, losing your job, shaming on social media, and other social punishments that are often more hurtful than incarceration, and occasionally cause people to take their own lives.

Trying to change human nature is as wise as Don Quixote’s tilting at windmills, and far more damaging. It injures people’s souls, especially that of children, and maims their psyches. You cannot tie people to a mental procrustean bed and expect them to come out unscathed. They will never be the same, and they will not be healthy individuals.

What you do have to do is utilize each person’s uniqueness for the benefit of society. You need to highlight the differences and show how each person’s contribution makes him or her unique and irreplaceable. When you make people proud of who they are, they will not want to change themselves; they will not want to change others, and they will feel confident connecting and communicating with others. This is the whole trick to building a thriving society.

In a society that endorses people’s uniqueness, they will not hesitate to socialize, mingle in diverse groups, and get to know other people and cultures. There will be no racism or discrimination among them, no judgment and no xenophobia, since they will know that they have something to gain from every person they meet. Such people will form flourishing societies that will be inherently diverse, and naturally inclusive. They will be vibrant and welcoming precisely because all views, races, genders, faiths, and cultures are welcome.

For the sake of the 330 million people living in America, I hope they understand it before rather than after they suffer unimaginable torments for trying to change their own nature.
[279865]

“People Aren’t Unemployed, They Simply Do Not Need To Work” (Linkedin)

“Why Did The Coronavirus Come To All The World? Why Is This Virus Active?” (Quora)
Podcast Powered by podPress (v8.8)