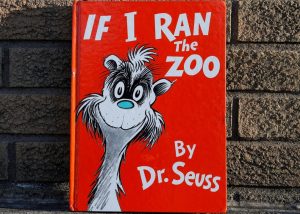 Recently, six of the popular children’s books author Dr. Seuss were banned from Amazon for ostensibly containing “racist” content. As a child, Dr. Seuss, who came from German descent, was himself a victim of prejudice after suffering from anti-German aggression following the outbreak of World War I in 1914. Ironically, now his own books have been banned for ostensibly containing racist phrases. This accusation is so absurd that people responded with buying so many of Dr. Seuss’ books that they have soared to the top of Amazon’s bestseller list, occupying nine out of the marketplace’s top 10 books.

Only if we try to build closeness, care, and appreciation of each other will we put an end to bigotry in our society and form truly healthy and enjoyable communities to live in.

The absurdity of the quest for equality doesn’t stop with Dr. Seuss. In many high-tech companies, as well as in other areas, it has become a requirement that a certain percentage of executives will be women, regardless of their skills. In some cases, women must attend meetings even if they’re not in their areas of expertise, take part in decision making processes, and even cast their vote despite everyone’s awareness that they are completely clueless on the topic, but if no women are included in the vote, the decision will be invalid.

Another place where the pursuit of equality has gone beyond the boundaries of reason is computers. Terms such as “black list” and “white list” have been replaced in many cases with “deny list” and “allow list,” and the terms “master” and “slave” in computer networks have been replaced with “primary” and “secondary.” Indeed, the quest for equality has reached absurd proportions.

We can’t help it; people always have been, are, and will be different. This is what they should be! Differences do not make people better or worse, superior or inferior, but striving to make them the same does make them miserable. People are not born equal because we are all unique! Erasing our uniqueness is exactly what harms us. Instead of trying to cut everyone according to the measurements of the moral Procrustean bed, so everyone is seemingly the same and equally unhappy, we should embrace our differences because what one person contributes to society, no other person can contribute.

We shouldn’t be working on installing equal status for everyone in society, but on cultivating equal appreciation and care for all members of society, on appreciating everyone’s unique contribution. If we value one another, we won’t need to worry about discrimination or inequity since our concern for one another will generate positive relationships among everyone.

Think of a mother with two children: She does not think that both her children are the same or equal, but that doesn’t mean she doesn’t love them equally. If one of them is a slower learner than the other, she might hire a tutor to help the struggling child. This doesn’t mean that she discriminates one of her children. She is simply tending to her children’s different needs equally. Since one child needs more help than the other, the mother responds accordingly.

Therefore, if we want to live in a society where people are happy, we needn’t try to make them equal, but to make them caring! Mutual care is the only guarantee we can provide to the well-being of society and the people living in it. Fighting against racism, antisemitism, chauvinism, or any kind of discrimination has never solved any of them. Only if we try to build closeness, care, and appreciation of each other will we put an end to bigotry in our society and form truly healthy and enjoyable communities to live in.
[279289]

“What To Do With Vocal, Antisemitic Academics” (Linkedin)
Podcast Powered by podPress (v8.8)