“Between Good And Evil” (Linkedin)

My new article on Linkedin “Between Good and Evil” 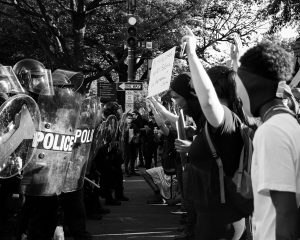 We already exist concurrently, but we resist this idea and still strive to cancel one another. In order to create the healthy balance that can engender the next level of development, we must be conscious of the process, agree to coexistence with our opposite, accept our mutual dependence, and that without the other side, we will not develop.

But life does not consist of static states, but of cycles. Generation and degeneration are intertwined, and we would not have one without the other. Therefore, neither of them is good nor bad. We would not have love if we did not have hate, so which of them is good and which is bad? In a cycle, just as in a wheel, everything moves through all the possible positions; nothing has an absolute, unchanging value; it all depends on its position in the cycle.

As things evolve, they tilt and sway, and each time, a different aspect takes charge until it gives it up in favor of the opposite element. When they reach a more or less stable balance, it is a sign that the system has completed its construction and a new system has begun to evolve on top of it. This is why evolution goes from the simpler to the more complex, and why human society has evolved from smaller and simpler societies to larger and more complex ones.

The same pattern permeates all of creation; the tilt from positive to negative is the engine of reality. It never stops; when it reaches stability, it engenders a new level where the tilting process starts all over again until the new level reaches harmony and stability once more, but only in order to develop another level, higher still.

Human societies go through the exact same process as the rest of reality. The previous century demonstrated the extremes that humanity can reach. My teacher’s father, Baal HaSulam, who wrote about this as early as the 1950s, already noted, “Humanity has already thrown itself to the extreme right, as with Germany, or to the extreme left, as with Russia, but not only did they not ease the situation for themselves, they have worsened the malady and agony.” Like all of reality, human society had to go through extremes, but it also has to find its balance, where extremes exist in mutual support and move on to the next level of development.

This is our current point in time. We have tried our best to ordain the most fanatic extremes, but they all gave way (as they should) to their opposites, which in turn collapsed, as well. Now we have all of the extremes existing simultaneously, and it is time for them to complement one another just as atoms, seasons, and all animals do.

However, this is where humankind’s uniqueness comes into play: In all of nature, the tilting and subsequent harmony happen on their own, through nature’s inherent forces. Humankind is different. We already exist concurrently, but we resist this idea and still strive to cancel one another. In order to create the healthy balance that can engender the next level of development, we must be conscious of the process, agree to coexistence with our opposite, accept our mutual dependence, and that without the other side, we will not develop.

Moreover, we have to agree to it on every level. We must go through that process of recognition in matters of gender, race, culture, opinions, and anything that pertains to human existence. If, for example, we do not accept that there are both Democrats and Republicans in society, we will never grow above the political rift. Instead of generating a higher and more advanced reality that includes both views, we will sink into the rift until bloodshed erupts.

Worse yet, it doesn’t matter how much blood we shed, we will still not be able to eliminate the other side since nature has created it, just as it created us. If, by chance, one side does destroy the other, the “triumphant” side will disappear, as well, since its opposite will no longer exist. We will stop advancing, nature will recreate that situation all over again, and we will ultimately have to accept that both sides must exist and complement one another.

Only then will the higher level emerge. When we accept that both opposites are mandatory, we will rise to the next level of development. This is the secret of evolution.

“Why Did The Coronavirus Come To All The World? Why Is This Virus Active?” (Quora)