“Are The Monarchies Relevant In A Modern World?” (Linkedin)

My new article on Linkedin “Are the Monarchies Relevant in a Modern World?” 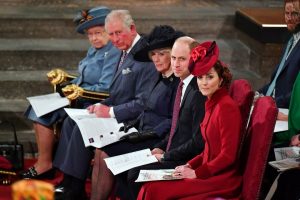 In an era of unlimited media exposure, royal families from Europe and other parts of the world never fail to provide fuel for explosive scandals. And during times of global distress, the dramas of the monarchies provide the perfect escape for many, as the soaring ratings show. The accusation of racism within the British Royal Family in a widely publicized interview with prince Harry and his wife is the most recent controversy to splash onto the scene and blot out the other monarchies around the world. Beyond the salacious details of such media frenzies, it is worthwhile to examine the significant role that royalty should contribute to stabilizing society.

I expect the royal houses to succeed in these challenging times and rise in importance as the rulers of the present world descend. Because unlike the world leaders who rule today—those who are elected for a few years and do not mind leaving ruin at the end of their term—kings know that from the day they are born until the day they die, they are responsible for the state.

Despite the sensational allegations against Buckingham Palace over the years, there is no institution more stable in Great Britain than the Monarchy. Presumably, thanks to the charismatic white-haired woman who has represented the Crown for so many years, the Crown still stands on its own. Every man and woman, boy and girl associated with the British Crown, whether in the UK, Canada, Australia or New Zealand, has a special attitude towards Queen Elizabeth.

The scandals of other royal families have also hit the headlines recently—investigations of corruption in the neighboring palaces in Belgium and Spain, massive street protests against laws prohibiting the insult of the King of Thailand, in the Middle East, a Saudi prince faces serious accusations of ordering the murder of a journalist in Turkey.

Certainly, there are problems in every royal house in the world. Kings are not angels, and they should be accountable for their wrongdoings to the general public. But the yellow journalism of the media will not change the face of history no matter how many sordid details they themselves whip up and empower. Reporters stack scandal upon scandal for the sole purpose of climbing to a height where money and publicity can be gleaned. There is no sincere attempt to correct the distortions, but only a simple intention to profit from the dirty circuses they promote.

Being a king or prince is a true public assignment. They are responsible for going out to greet schools, to attend assemblies and national ceremonies. They act as a state symbol of the people.

Similar to the kingdom of the upper nature, the kingdom of heaven, the dynasties of kings on earth are a permanent, stable, and unchanging factor which runs like a thread connecting periods of time and generations. A kingdom is like a material branch stemming from a spiritual root. In the same way a hierarchy in nature prevails, a royal monarchy can furnish a suitable form of government in human society.

If all European countries today were ruled by kings instead of politicians, Europe would not be at a brink of collapse as it is now. Regardless of political upheavals between states and within the countries, the royal houses themselves remain connected to one another, maintaining relationships above all the other frictions. And here lies their importance also in a modern world.

The royal houses form a kind of symbolic safety net in the connections between them that portrays balance and stability for the European continent that marches on a thin rope. Perceptive statesmen also understand this important function of royalty. Even Francisco Franco, ruler of a military dictatorship in Spain, after all was said and done, declared Juan Carlos as king, because he understood how the monarchy can work as a stabilizing force.

What we see in the scandals before our eyes is not the collapse of the royal houses, not the end of an era as it is presented to be. On the contrary, they have great potential to help Europe to be more stable. It would be a benefit to the world if all the remaining royal houses, even the smallest ones, were preserved. The kings and queens are in a position to provide hope and examples of how to withstand the rising tide of the stormy modern sea.

I expect the royal houses to succeed in these challenging times and rise in importance as the rulers of the present world descend. Because unlike the world leaders who rule today—those who are elected for a few years and do not mind leaving ruin at the end of their term—kings know that from the day they are born until the day they die, they are responsible for the state. Therefore, they should step up efforts to care for and connect to the people. At the end of the day, this is their mission, this is what hierarchy was established for, to be at the service of the masses to help ensure steady and strong societies.

“Is It Possible To Exit This Pandemic On A Pathway To A More Decent Society?” (Quora)

“Is There Real Happiness?” (Linkedin)
Podcast Powered by podPress (v8.8)