My new article on Linkedin “Shaming Offenders Achieves the Opposite Result” 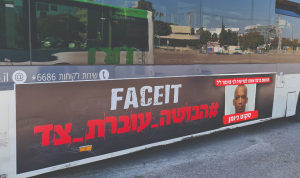 Recently, there has been an initiative to show the names and faces of murderers and sex offenders on billboards in Israel in order to shame them. Raising awareness to crime is great, but giving notoriety to criminals will achieve the exact opposite of the intended goal: It will make them proud of what they did and will inspire other potential offenders to act.

Because our society is growing increasingly narcissistic, and narcissism, as Time magazine correctly observed, is a leading cause of such actions, we must deal with the narcissism in society, if we are to prevent future perpetrators from acting. To do that, we must foster social solidarity.

Steve Chapman of the Chicago Tribune wrote in a piece titled “Deprive mass murderers of the fame they seek,” that “The more their names are known, the more likely they are to inspire imitators pursuing similar recognition. A 26-year-old man who killed nine people on a college campus in Oregon in 2015 had previously written of another killer, ‘A man who was known by no one, is now known by everyone. … Seems the more people you kill, the more you’re in the limelight.’”

Time magazine also wrote about the problem with giving notoriety to criminals, focusing on how criminals use social media to gain fame by hurting other people. In a piece titled “Why Facebook Live Tempts Fame-Seeking Criminals, Adam Lankford wrote, “According to Pew Research Center surveys, 51% of Americans aged 18–25 say that ‘to be famous’ is one of their generation’s most important goals in life. Similarly, as part of their professional ambitions, many adults now compete to grow their Twitter base and promote themselves online. Unfortunately, this widespread desire for fame has been accompanied by an increased blurring of the distinction between fame and infamy.” Additionally, and this is very important, Lankford adds that “Given this social context, it is not surprising that some people who cannot get fame legally will commit crimes to get fame instead. This risk is especially high for people with narcissistic tendencies, because they are so desperate for attention, and they lack empathy for those they have to trample upon to reach their goals.” Dr. Scott Bonn referred to such people in a Psychology Today article as “celebrity monsters,” and added that some “serial killers actually seek out public notoriety and actively engage in the creation of their public image.”

Clearly, giving offenders the fame they seek will not shame them. On the contrary, it will make them proud and encourage other offenders to act, and act more boldly than they would have had they not seen the fame that other offenders receive. Instead of fame, we must deal with the problem on a more systemic level. Because our society is growing increasingly narcissistic, and narcissism, as Time magazine correctly observed, is a leading cause of such actions, we must deal with the narcissism in society, if we are to prevent future perpetrators from acting.

To do that, we must foster social solidarity. As Lankford noted, people with narcissistic tendencies, which is most everyone today, are “desperate for attention,” and “lack empathy for those they have to trample upon to reach their goals.”

In a society where there is solidarity, everyone receives the attention they need. The members of such a society feel that they are dependent on each other, and therefore cultivate warm relations. The mutual dependence engenders group awareness, where people cater to the needs of their group no less than they cater to their own needs. As a result, they will be careful not to trample on others since it would pain them as if they harmed themselves.

Once people develop group awareness, it becomes easier for them to absorb the idea that their group depends on other groups just as they are dependent on their own group. That would expand their social awareness and broaden their range of social solidarity beyond their immediate group and into the community, or school, or city. Gradually, the circle of awareness will grow until it encompasses the entire country, and eventually, contingent upon the readiness of other countries, it will encompass the entire world.

Crime doesn’t happen because people feel no shame; it happens because people feel no affinity. Nurture affinity, and you have eliminated crime. This should be our main goal in all our education systems the world over. If we achieve this, we will have a safe present and a happy future. If we do not do this, no shaming, warnings, or technological gadgets to ward off criminals will help.
[278586]

“Medicine As Nature Would Have It” (Linkedin)
Podcast Powered by podPress (v8.8)