My new article on Linkedin “Propagate Sex Change to Schoolchildren? Absolutely Not!” 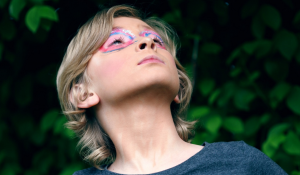 I was asked about my position on the issue of propagating the legitimacy of children going through the process of changing their sex. In North America, I was told, this is one of the most contentious topics. So, in short, I know that some people feel uncomfortable in their bodies and may feel better if they change their sex. But to propagate the idea to children, who are susceptible to any notion we adults install in them? Absolutely not! The fact that it might be right for some people does not mean that we should make it mainstream and even cool. The desirable way is to live the way nature has made us: male and female.

I have met people who felt like they belonged in a different body than the one they were born in. I spoke to them, and I understand them. It happens, just as any oddity happens.

However, it is very rare and should not be regarded as routine or common. I realize that today, you need to be courageous or be regarded as a freak if you dare to tell the truth, but trends that come and go according to people’s egoistic whims do not change nature. Nature has created us male and female, and this is what we should remain.

There is no clear line between males and females. Males have feminine qualities, just as females have masculine traits. Yet, every person has a biological gender, and that gender is the dominant one, except, as I said, in very rare cases.

When grownups feel that they are living in the wrong body, they can choose to perform whatever procedure they want on themselves. But until we are grown up, we should grow the way nature created us.

The social environment has a critical influence on children. When they are young, you can make them think and do anything you want. The Nazis, for example, educated Germany’s children to believe that they were superior to everyone else, not only to Jews, and that the rest of the world must serve them or be destroyed. Through books, lessons, and films, they brainwashed their children to believe that they were the superior race.

Just so, it is possible to install any notion in children’s minds if we use the education system and social media to facilitate it.

However, the results can be disastrous. If you spread the idea that sex change is normal, even “trendy,” it can lead children who initially have no problem with their gender to think that there is something wrong with them. It might push them into wanting to do something they will not be able to undo simply because they want to be like everyone else, and they feel that everyone is going in this direction.

We know that being popular means everything to children, and especially to adolescents. As a result, they might do things they will regret sometime later but will never be able to reverse or mend. If parents do not prevent children from making such mistakes, it can ruin those children’s lives for good. It is terrible, and it is wrong.

I think that instead of making the abnormal trendy, we should encourage people to be who they are and realize their potential just as they were born. If people receive recognition for who they are, and society rewards them and respects them for contributing their skills and efforts to the common good, people will not feel dissatisfied with themselves. At the same time, adults who feel that they are living in the wrong body should have access to using the possibilities that modern medicine offers to make them feel more comfortable with their gender.
[292576]

What Does It Mean To Rise Above The Restriction?

To Connect With The Shechina [Divinity]
Podcast Powered by podPress (v8.8)