My new article on Linkedin “The Israeli Covid Hubris” 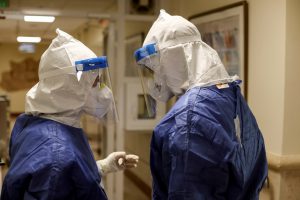 There is a famous anecdote that once, when President Richard Nixon met with Israeli Prime Minister Golda Meir, he confessed in a moment of candor that it was complicated governing 200 million Americans. To this, she replied, “You may have 200 million Americans to govern, but I have 6 million prime ministers to govern.” To this day, we don’t know how Nixon responded to Meir’s quip.

What we do know is that she was right. In Israel, everyone knows everything about anything.

When Covid-19 came along, the whole world panicked, and we in Israel immediately knew what to do, and we voiced our opinion to anyone who would (or would not) listen. Indeed, we are an obstinate people.

There is a reason for it. Our ancestors were fierce and strong minded individuals who left their own tribes and peoples and joined Abraham to form a new nation that united above all differences. At times, they succeeded and profound bliss had spread among them.

At other times, their adamant selves would take over and they would revert back to their old, opinionated selves. Then, fiery hatred would burst among them. However, after some time, they would remember the principle that had made them a nation—unity above divisions—and they would reaffirm their nationhood.

Today, we still have those fiery divisions, but we no longer have the times when we rise above them. Hatred has grown so intense among us that we can no longer unite above it. This is why every issue that comes along becomes an opportunity for altercation.

The only time when we do show some level of unity is during war. All Israelis feel it, and many admit that if there is anything to be thankful for when Gaza fires rockets into Israel, it is that this is the only time when we stop fighting one another.

For now, I don’t see that this will change soon. But at some point, Israelis will realize that they must unite not only because they are being bombed, but because they have a mission: to set an example of setting divisions aside, uniting above them, and building a strong nation.

Precisely the example of a nation created from strangers is what the world needs to see today, since everyone feels estranged from everyone else. When Israelis unite, they set this example, and this is all they need to do in order to solve all their problems with their neighbors and with the entire world—unite among themselves.

For now, they prefer to unite with anyone but each other. At some point, they will have no choice and they will do it. I hope this point comes soon.

“How Can Architecture Better Serve The Social, Economic, Political And Environmental Concerns Of Our Present And Future?” (Quora)

“Could The Middle-East Drown In Water-Wars?” (Linkedin)
Podcast Powered by podPress (v8.8)