“Remembering The Holocaust: What Is New About Old Antisemitism” (Linkedin)

My new article on Linkedin “Remembering the Holocaust: What Is New About Old Antisemitism” 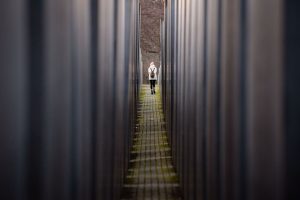 Record antisemitism in the U.S. and around the world has become a regular headline. But there is an important difference between it now and in the past. The perfect storm caused by the interplay of all-powerful social media platforms and the link between Covid-19 conspiracy theories against Jews and criticism of Israeli policies has triggered antisemitic violent rhetoric worldwide. A staggering 3.5 million posts with antisemitic content were posted on social media last year according to an annual report of the Israeli Ministry of Diaspora Affairs released just before the International Holocaust Remembrance Day.

The number of antisemitic posts on five different social media platforms increased by 1,200% in May 2021 compared to data from 12 months earlier. This was prompted by Israel’s Operation Guardian of the Walls, which was launched in May in response to Hamas firing thousands of rockets at densely populated Israeli cities.

The recently published findings of the World Zionist Organization and the Jewish Agency on the state of antisemitism worldwide point in the same direction. 2021 was the most antisemitic year of the past decade. In addition to anti-Zionist diatribes, antisemitism took the form of conspiracy theories blaming Jews for the pandemic and comparing vaccination regulations to Nazi Germany’s policies. Reminiscent of the past, Europe was the epicenter of nearly half of the antisemitic incidents reported last year; North America followed with 30%.

There were some quiet years, but today Jew-hatred is reaching new levels all over the world. Antisemites are eager to find what they see as the final solution. Of course, if we consider the consequences of the Holocaust, the situation today is much better. But if we look at what has happened in the last ten years and even in the last 20 years in the United States and in Europe, we can clearly see that the situation is not changing for the better.

The peoples of the world cannot escape antisemitism; it is in their genes and in their blood. It is a law of nature. Jews can ask nothing of them until the Jews themselves bring correction to the world. They hate Israel until Israel corrects them.

It is written that “the externality of the entire world, being the nations of the world, intensify and revoke the Children of Israel – the internality of the world. In such a generation, all the destructors among the nations of the world raise their heads and wish primarily to destroy and to kill the Children of Israel, as it is written (Yevamot 63): ‘No calamity comes to the world but for Israel.'” Rav Yehuda Ashlag (Baal HaSulam), The Writings of Baal HaSulam, “Introduction to the Book of Zohar“).

So what is on the horizon for the Jews in the world? The answer depends solely on the Jews. In the meantime, we are approaching a situation where everyone will gang up against the Jews until the Jews open their eyes and realize that they have no choice but to activate the spirit of connectedness between them. And to rise above their selfish calculations since this is the only way to save themselves (and the world). Only in this scenario will antisemitism cease, “And all the nations will acknowledge and recognize Israel’s merit over them, until the realization of the words: ‘And the people shall take them and bring them to their place, and the house of Israel shall possess them in the land of the Lord'” (Isaiah 14:2).

“There Is Hatred In Their Hearts” (Times Of Israel)
Podcast Powered by podPress (v8.8)